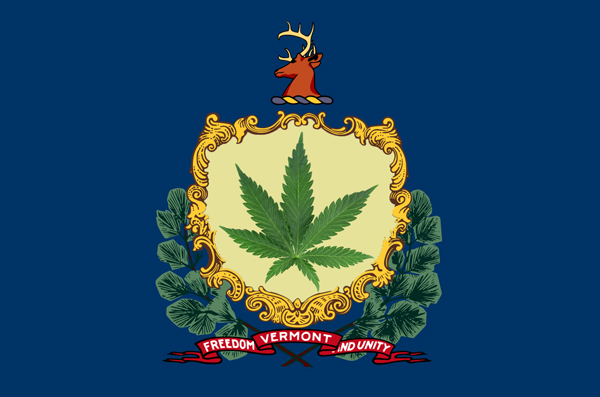 Several individuals working in education and law enforcement provided testimony to the House Judiciary Committee regarding the possible legalization of recreational marijuana in Vermont. Each argued that their organizations should receive additional funding, if and when the bill (S.241) becomes law.

Chittenden County Chief of Police Jennifer Morrison said that while many believe the potential legalization would reduce the workload for law enforcement officials, it would actually make their jobs more difficult. She explained that police would likely receive more complaints about public smoking violations and would need to manage “marijuana tourists.”

She said that safety issues would arise, such as increased impairment while driving and participating in recreational activities on waterways. Officers would also spend more time in court as they deal with public impairment violations.

Grad asked Morrison what it would take in order to better prepare law enforcement and Morrison said that the state would need to hire many new officers and provide additional funding for trainings in roadside and boat operation, blood test kits, rescue boats and “more sonar to find bodies at the bottom of the lake.”

Sergeant Jim Roy of Colchester, the state’s lead instructor for training in drug and alcohol impairment, echoed the idea to provide more training to more officers, requiring an immense amount of time and funding. He added that last year, although “working feverishly” to train officers, only 109 were trained to detect driving impairment throughout the state.

Those working in education had similar notions about needed funding from the state. Margot Austin, a licensed drug and alcohol counselor at Burlington High School, said that long-term prevention-based curriculum is crucial in teaching students to avoid marijuana as it becomes more widely available.

She said that in past years most drug and alcohol programming in the state has been underfunded or completely cut, such as the formerly required program that trained teachers in how to deal with students using substances such as marijuana. “We are woefully understaffed,” she added.

Again, Grad asked those working within educational systems precisely what would be needed to better prepare for legalization. Vermont School Boards Association (VSBA) research coordinator Nicole Mace said that while the Vermont Agency of Education (AOE) has one full- time position focused on smoking cessation and one part-time position focused on the implementation of holistic health-based education, the agency could use additional full-time positions that focus solely on substance abuse.

She said that while the state has passed anti-bullying legislation in past years, the AOE does not have the capacity to monitor schools in order to determine whether they are fulfilling these mandates. “I would expect a similar gap to exist with this [legalization of marijuana],” she said.

Addison representative Willem Jewett told those who provided testimony that it is “distressing to hear how untrained we are.” He went on, “I’m struck that we’re not resourced for the current situation,” explaining that his past experience serving on an Addison County school board has led him to believe that schools can afford to provide drug and alcohol programming for students.

“It looks as if this has been overlooked until now or pushed aside,” he said.

Mace said that school districts and staff are overwhelmed with “new priorities,” such as the implementation of district consolidation with Act 46, as well as many educational policies that fall under Act 77, Flexible Pathways.

Harwood Union High School (HUHS) health educator Brian Moody, who was not present at the hearing, said that HUHS presently offers substance abuse prevention programming for all middle and high school students. He added, though, that “most schools could use additional funding for health programs in general.”

Moody wondered whether the state would require a certain marijuana prevention curriculum to be implemented, how long this type of program would be funded and how schools would be held accountable. “I would like decisions regarding curriculum and how best to utilize funding to remain local,” he said.

Possible issues aside from lack of funding arose. Several emphasized the danger of increased accessibility to marijuana, such as Rutland police captain Scott Tucker, who said that when his 33-year-old nephew consumed marijuana in addition to cocaine and alcohol, he suffered in a serious car cash. Tucker called marijuana a “performance degrader.”

Ken Page of the Vermont Principals’ Association read a testimony written by a teacher at Randolph Elementary School, quoting a young student: “My mom acts silly and will go into her bedroom with her boyfriend to smoke marijuana. ... Sometimes we get hungry and they won’t help us [the child and his sibling].”

Each person’s comments concluded with a recommendation to vote down potential legalization.