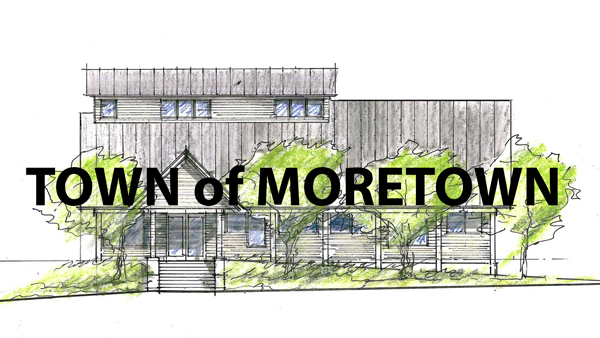 Members of the Moretown Select Board asked member Jason Aronowitz to resign last Monday, June 6, at their regular meeting.

In a public comment period, Eric Howes, a neighbor of Aronowitz on Hathaway Road, said that Jason made statements about him and his father that were “personal in nature, slanderous ... frankly absurd and false.”

He said that Aronowitz has “no respect for the town in which he was elected to serve.”

The conflict arises publicly after Aronowitz’s partner, Diana Halsall, wrote a series of letters to Moretown zoning administrator John Weir, beginning in early March, detailing what she alleges as a history of harassment by Eric and Duane Howes.

Earlier this year, the Howes agreed to host a 780-panel solar power array for the company SunCommon on their property. Halsall wrote, “Since the SunCommon project started, Eric and Duane have ramped up their nasty behavior,” and “Jason and I are not fans of the way SunCommon does business and the way they went about siting this project.”

Aronowitz said that the documentation was needed in order to prove malice on behalf of the Howes. “We were trying to fix a problem to see if the town had any power to stop certain behavior before it had a court case come out of it,” he said.

Board member Michelle Beard said, “There’s a difference between documenting what’s going on and the personal attacks in those letters. There’s quite a difference.”

Aronowitz told the board, “I did nothing whatsoever that affects being on the board. The initial material that was sent to the town’s zoning administrator was sent by Diana and she has every right to defend herself against what has been continuous bullying of both Eric and Duane.”

Howes told Aronowitz, “She’s [Diana] a member of your household and you’re both held accountable here, whether you want to be or not.”

Aronowitz said he was willing to be held accountable for the letters but that “It has nothing to do with the board.”

“I discussed what Diana and I did with an attorney and I can assure you that our actions were completely acceptable. If you have any questions about that, I would be delighted to discuss that with you in a courtroom,” he told Howes.

Board member John Hoogenboom said, “Anything that comes from a town official is public record” and “in 26 years ... there’s never been anything like this, not even close.”

Board chair Tom Martin told Aronowitz, “I think you’re missing the point here. Legally, you’re probably just as legal as the day is long. However, there’s an expectation when you become a town official.” He said that Aronowitz exercised “the poorest judgment that I’ve ever seen of a town official, and we don’t need that poor judgment on this board.”

Beard told Aronowitz that his and Halsall’s relationship with the Howes was not what the board was concerned with. “The point isn’t what happens between you and the house. ... It was you using your position in this personal battle that you have.”

Beard also said that Aronowitz was using his position on the board to sway the town’s decision to hire Eric Howes. Administrative assistant Cheryl Brown said that Howes had applied for positions of fire warden and tree warden.

Beard told Aronowitz, “You said, ‘I have information that would cause us not to hire him.’” Beard called his behavior “inappropriate.”

“That’s true,” Aronowitz responded. “I felt that his behavior was not something I wanted the town associated with.”

Martin said that Aronowitz also wrote a letter to the Public Service Board stating that the town was in opposition to the SunCommon solar array. Beard explained that when she had to respond to the board, Aronowitz sent her a report containing his views on the project and asked her to sign it.

“That’s not how I recall it,” Aronowitz said.

Aronowitz said that he would not resign. Brown explained that the board cannot force Aronowitz to resign but that a public petition and vote from Moretown voters could achieve that.

Beard said, “Whatever was reflected in those letters did not come from the board. ... I was horrified.”