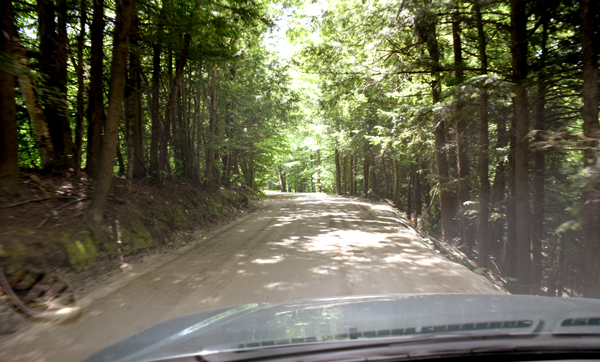 The number of cars using Rolston Road to get around the Route 100 road closure as the Lareau bridge is being replaced is triple what it was before the road was closed.

Rolston Road is a class 4 road that is too narrow for two cars to pass in several sections. The road runs from Route 100 to the East Warren Road. At its steepest points, it is bounded by a deep ravine on the south and trees and rock faces on the north.

The speed limit on Rolston Road is 25 mph for the first 0.83 mile, after that it is 35 mph out to the East Warren Road.

On the narrowest sections of the road where two cars can’t pass, there are small, short pull-off areas where one driver can pull in and let the other driver by. That makes policing the road more difficult since police cars parked in the pullouts will restrict the ability of traffic to get by.

The problem is short-lived, however, as Route 100 is scheduled to be reopened on July 31.