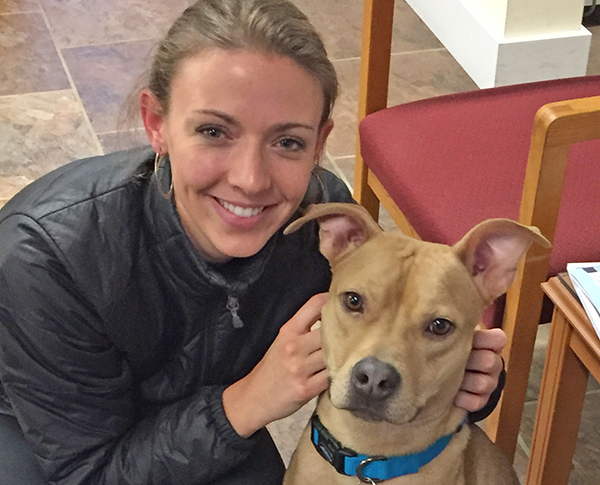 Eliza Graves, Waitsfield, picked up her second foster dog on December 17. She is fostering with Potter’s Angels of Randolph, which rescues dogs from the South.

This is her second foster. This summer she fostered sibling puppies for the Central Vermont Humane Society. The puppies were a pug-dachshund mix and she had them for three short weeks before they were adopted.

Her current foster is an 18-month-old pit mix named Joey. Joey is shy and timid and afraid of open spaces and most men. He is a beautiful, tan boy with soft, shining fur and deep brown eyes. 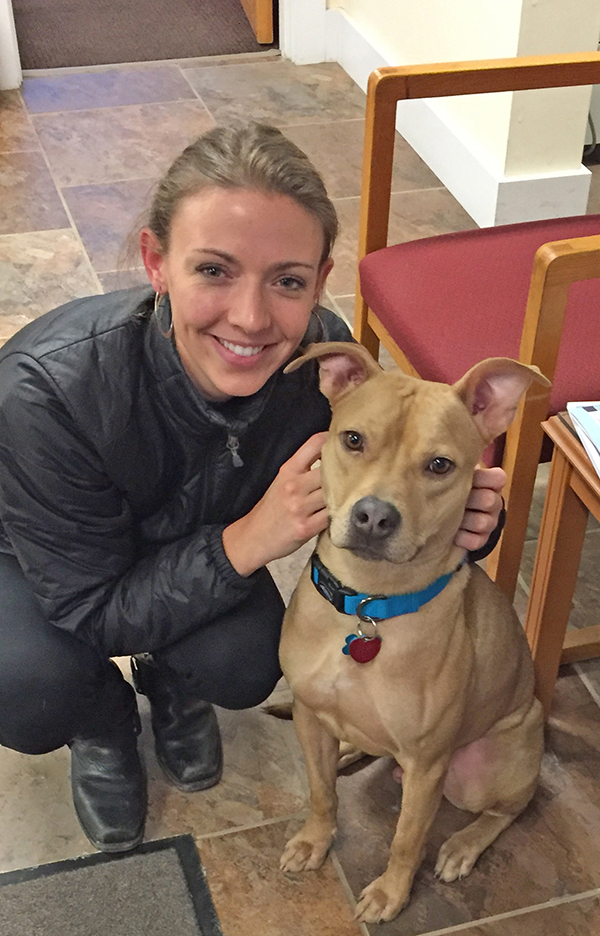 After she picked him up, she wanted him to jump into her car, but he was afraid. She tried to pick him up to put in him in the car, but that also scared him. She finally got him in the car but then had trouble getting him into her apartment because he is completely scared of stairs. So she carried him upstairs.

It’s been almost two weeks and Joey is adapting and becoming less fearful. He goes to work with her at Brothers Building during the day where he is exposed to people and employees coming and going and he’s becoming a little more social.

He has also played, roughhoused even, with Graves’ sister’s dog and enjoyed himself immensely.

Graves and Potter’s Angels don’t know what Joey’s story is, whether he was abused or abandoned, but Graves is less interested in that and more interested in socializing Joey and helping him trust and love.

Asked why she is fostering, Graves said, “Because I want a dog.”