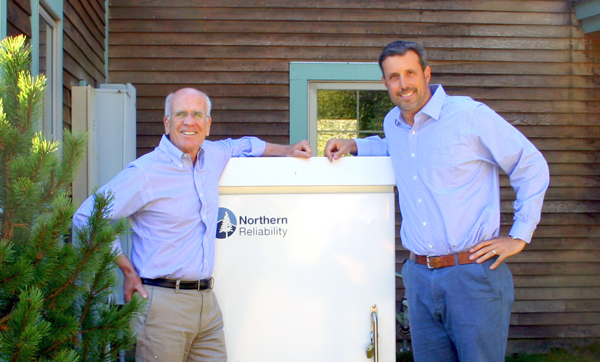 Northern Reliability, Inc. (NRI) has relocated the company’s main headquarters and production facility from its founding location in Waitsfield to a larger property in Waterbury to meet the company’s recent growth and business needs. NRI’s plans for the 10,000-foot facility in Waterbury include a significant expansion of their existing production space, creation of a separate energy storage research and development area, as well as office space for existing and new employees coming onboard.

Since being awarded a contract by Xcel Energy (Public Service Company of Colorado) to design, build and commission a first of its kind modular distributed fleet energy storage system for the Stapleton Battery Pilot Project and that project’s subsequent publication in T&D World Magazine in February of 2017, interest in NRI’s already growing business has accelerated dramatically. According to Jay Bellows, NRI’s president and CEO, “NRI’s energy storage engineering group is one of the most experienced in the industry and with that experience has come an influx of requests for our customized energy storage solutions. In order to prepare for the growth that we are seeing both for NRI and in the industry, the move to Waterbury is necessary. Our new location has the space, environment and proximity to our employees that make it the perfect site to accommodate our needs.”

While grid-tied energy storage is a relatively new and rapidly developing market here in the United States, it is a technology that NRI’s engineering group has been working with for nearly 40 years. Originally a stand-alone department of a worldwide leader in renewables in Waitsfield, NRI was established as an independent company during a reorg that eliminated energy storage from that firm’s portfolio in 2007. Taking the energy storage team with them, the NRI group continued to support the non–wind energy storage and power system deployments around the world while developing their own proprietary storage and controller technology. During the company’s last weeks in its Waitsfield offices, Congressman Peter Welch (VT-AL), who sits on the U.S. House Energy and Commerce Committee, stopped into the facility with his team for a tour and conversation with Bellows.

“I am pleased to see yet another Vermont company moving the energy world forward. Energy storage technology has moved from relative obscurity a decade ago to mainstream boardroom discussions today at utilities across the country. The success of NRI is a wonderful example of how Vermont’s green energy manufacturing sector is growing every day. Energy storage allows green energy to work efficiently without negative effects to the grid. I wish NRI and its employees great success in their new facility,” said U.S. Rep Peter Welch, D-Vermont.