Valley voters spent March 6 in their elementary schools and Town Halls passing budgets and discussing the minutiae of town governance as they elected officials, queried their state representatives and talked about gun violence and school safety as well as the duties of dog wardens and how to handle road runoff.

Throughout the district, voters passed the $37.1 million budget for the Harwood Unified Union School District (HUUSD). (See story on page 12 of the newspaper) 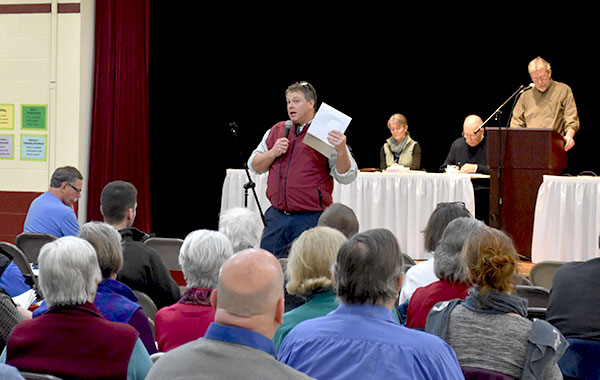 In Waitsfield, 357 of the town’s 1,399 registered voters cast Australian ballots and somewhere north of 100 voters participated in the meeting itself. Waitsfield voters re-elected select board chair Paul Hartshorn and elected Jon Jamieson to fill a seat on the select board that was vacated by Anne Bordonaro last year. Jamieson received 273 votes to challenger J.B. Weir’s 66 votes. Hartshorn received 266 votes of the 357 cast for that seat. Weir received 10 write-in votes to Hartshorn’s seat and conservation commission chair Phil Huffman received five write-in votes for that seat. 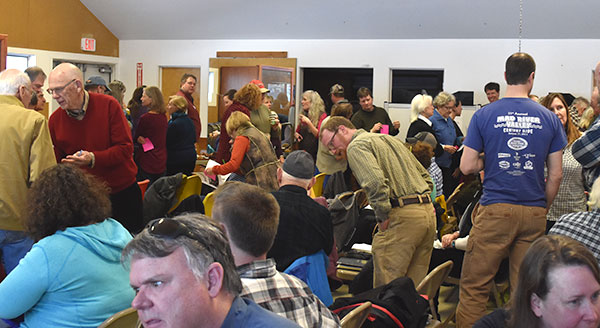 In Fayston, 149 of the town’s 1,185 registered voters cast Australian ballots. From the floor of Town Meeting voters elected Rick Rayfield as moderator and re-elected Patti Lewis as town clerk and treasurer. Jared Cadwell was re-elected to the select board and Michael Lewis was elected. 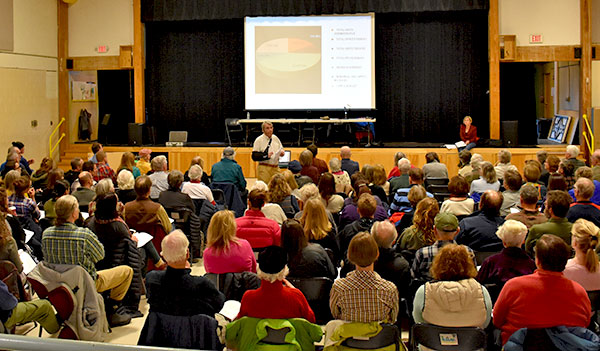 In Warren, 322 of the town’s 1,430 registered voters cast Australian ballots. The only contested race in Warren was a write-in campaign for a seat on the HUUSD Board. Valerie Bigelow challenged incumbent Rosemarie White. Bigelow looked to take a three-year term from White. White won with 181 votes. Bigelow picked up 112 votes. From the floor of Town Meeting, Clay Mays and Bob Ackland were re-elected to their three-year and two-year terms. 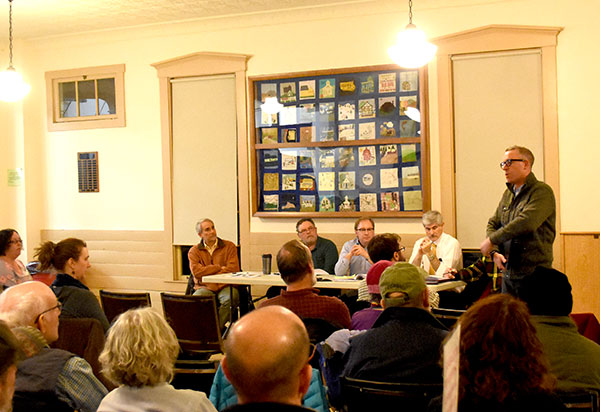 In Moretown, 343 of the town’s 1,412 registered voters cast Australian ballots. Peter Langella kept his three-year term on the HUUSD Board, with 275 votes, from write-in candidate Jim Casey who garnered 33 votes.  Jason Aronowitz and Tom Martin were both elected to one-year terms on the Moretown Select Board and Callie Streeter was elected to a three-year term on the select board. All three ran uncontested. 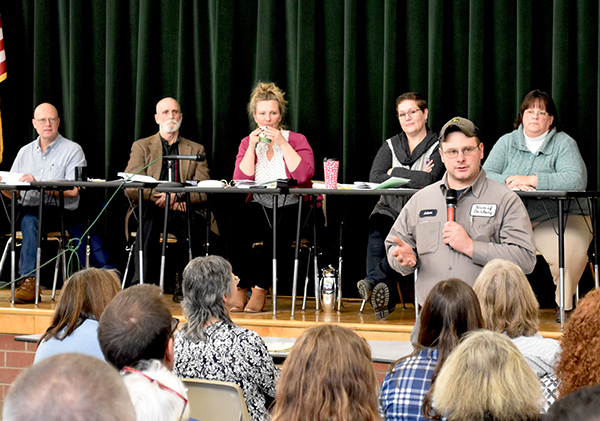