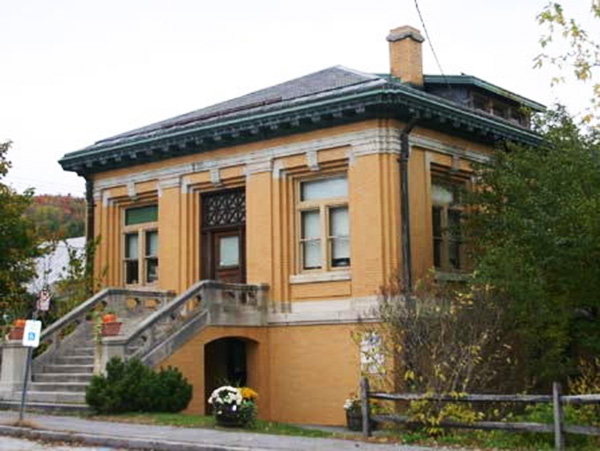 Contractors are at work in the basement of the Joslin Memorial Library in Waitsfield ripping out old electrical components and working on removing the concrete around the safe in that space.

The work is the first part of a major renovation of the library that is expected to be completed in December.

Katie Bourque-Johnson, Joslin Library director said that this weekend the existing children’s section will have a temporary wall, reducing that space to a fraction of its current size.

The project will result in a children’s library in the basement as well as community meeting room, maker space and room for gatherings. The project also entails making both floors of the library accessible to all with the construction of an elevator and accessible bathrooms on the ground floor.

On the second floor, the existing space will be reconfigured with the stairs to the basement redesigned, the librarian’s office reconfigured, the check-out desk moved to where the current children’s room is, a gas fireplace installed, lighting installed above a stained-glass window above the current check-out area and more seating and working areas, plus shelving that is less vertical than the current shelving.

The cost of the reconstruction is $364,112, a portion of which was covered by a grant to help cover the cost of the elevator. The balance of the cost, plus another $150,000 for a program, technology and sustainability fund and $58,000 to administer the campaign was raised through donations.

Library trustee and fundraising committee spokesperson Jean Joslin said she was overwhelmed and delighted by the community response to the fundraising efforts.

Joslin and Bourque-Johnson are enthusiastic about how the community will be able to interact in the new spaces and for the increase opportunities for community involvement the redesigned space will offer.

Bourque-Johnson said that the best part of the project, in her opinion, will be having a space for teens and tweens to come after school and work on projects or join and do club work.

“Libraries are not just for little kids’ story hour and seniors. Libraries level the playing field. They’re about more than just books,” she said. She’s passionate about dog rescue and therapy dogs and has two “perfect” German shepherds and one “mischievous” border collie/Aussie mix. It’s rare to find her outside the library without her posse of dogs.