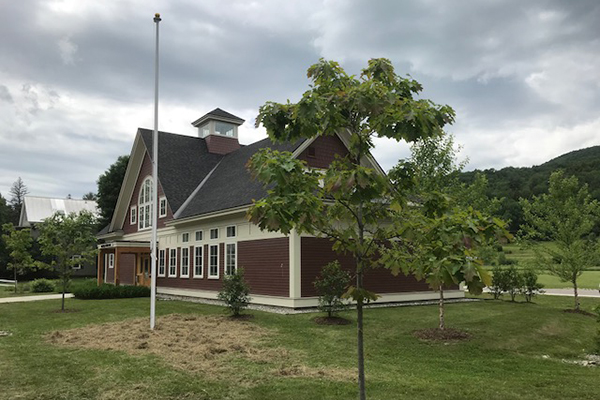 Offering warnings about a shadow government, Waitsfield Select Board member Sal Spinosa challenged how the town is approaching the issue of a tri-town local option tax (LOT) and further questioned whether the three board members who voted in favor of negotiating such a tax were “going to set policy” for the town.

Waitsfield, Warren and Fayston are currently negotiating the terms of a memorandum of understanding (MOU) between the three towns to bring an LOT to voters at Town Meeting next year. The LOT would be on rooms, meals, alcohol and retail sales. Funds would be used to invest in workforce housing, transportation, recreation/conservation and marketing. The tax would raise $1 million and the towns would keep $700,000 of that.

Spinosa and board chair Paul Hartshorn voted against negotiating while board members Darryl Forrest, Kellee Mazer and Jon Jamieson voted to negotiate.

Spinosa’s comments were made at the board’s May 20 meeting when Mazer and Forrest were reporting on the first meeting of the tri-town negotiating committee. While Mazer and Forrest explained the work that had gone on, town administrator Trevor Lashua asked what was being negotiated if the outcome of the MOU was already determined in terms of whether all funds will be remitted to a three-town commission for disbursement.

Mazer said she had raised the issue of whether 100 percent of the funds would be shared with the three-town commission that will issue grants for appropriate community projects and said that the response she got was that covering individual municipal costs was not the purpose of the MOU or the proposed LOT.

Despite the April 3-2 vote for the town to participate in the negotiating process, Lashua said he felt the issue of whether the town retains some of the LOT funds was a policy question for the five board members.

Spinosa said that he felt that question was a policy issue as well.

“We haven’t had a discussion about how much money does the town want to keep?” he said.

“We have touched on that issue. I took a real hard stand on the fact that I think you guys are being really parochial if you think that because 60 percent of the funds that are raised here in town should be ours. My argument is that we have one-third of the population. The populations of the other towns generate a big chuck of that money because they shop here. We’ve got to get beyond that issue because that issue is moot. I think it’s ridiculous,” Jamieson said.

“This is continuing along the lines of a 3-2 vote. That’s the majority of the people sitting around this table taking the authority to proceed with the development of an MOU. At what point does the minority make input on policy. Trevor makes a good point,” Spinosa said.

Hartshorn asked Mazer and Forrest why there was not a sunset provision in the working version of the MOU and said that it would be onerous for the town to get out of the agreement.

Towns that want to get out of the MOU do have an exit clause and can ask voters to make that choice at Town Meeting or any special election.

Hartshorn also suggested that the make-up of the tri-town LOT commission that will disburse funds was such that Waitsfield could be outvoted by Warren and Fayston.

The proposed LOT commission will have two representatives from each town (selected by the select board) plus a chair who only votes in the case of a tie. All decisions on how to disburse the funds requires at least one affirmative vote from each town.

Forrest said he would take Hartshorn’s sunset clause concern to the tri-town negotiating committee and Jamieson said he thinks there should be a long discussion about a sunset clause.

Lashua offered to create a spreadsheet of potential policy questions to augment the analysis that he had previously done, which Mazer and Forrest took to the tri-town negotiating committee, and the board will discuss those on June 6 at 6:30 p.m.

Jamieson said it was his expectation that Spinosa would bring all his objections to the table for that meeting.

“We’ve heard a lot about your reservations and thoughts about this, but we haven’t seen a lot of substance,” Jamieson said.

Spinosa asked whether his concern about a shadow government had been heard and Jamieson urged him not to enumerate them at this week’s meeting but to be ready for the June 6 meeting.