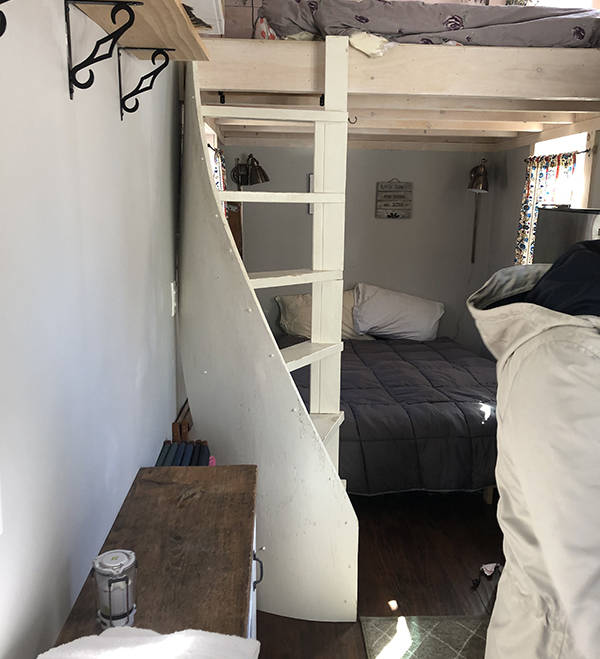 Upward of 3,000 people are expected for next weekend’s Tiny House Fest Vermont in The Valley, featuring a tiny house village of some 20 tiny houses along with a full day of presentations, discussions and activities at Sugarbush.

On Sunday, October 27, Sugarbush Lincoln Peak parking lot, courtyard and base lodge will be transformed into a tiny house village and three presentation stages where nationally known speakers, builders, designers and more will offer their experiences in housing and tiny housing. The event runs from 10 a.m. to 5 p.m. Gates open at 9:30 a.m.

They will be among 60 presenters on three stages at the festival on Sunday at Sugarbush Resort. Presentation topics range from the keynote, “Sustaining Sustainability: Regenerating the Practice of Life” by Bill Reed of Regenesis Inc., to “Designing the Next Generation of Tiny House Trailers: A Live Design Jam” with Steven Wright of Wright Trailers. Presenters will also include middle school, high school and college-age youth groups.

At the Community Vision Stage speakers will discuss a range of issues that Yestermorrow executive director Charlotte Potter said could be roughly described as social justice issues, including low-income housing, sustainable building, permitting as well as a panel discussion about what it will take to make tiny house villages happen in Vermont and the future of the tiny house movment. Keynote speakers are John Connell and Bill Reed.

At the Design/Build Stage speakers will discuss the nuts and bolts of constructing tiny houses, design considerations, building tiny houses on trailers versus foundations, solar for tiny houses and more. Tiny house builders and sketchers and dreamers will be able to run their designs by a panel for architectural feedback as well.

The Story Stage will feature tiny house dwellers telling the story of their homes and the impact of living in them and discuss the hows and whys of their choices. Speakers at all three stages will speak for 30 to 60 minutes. Participants will also be able to tour the tiny house village in the Sugarbush parking lot, which includes structures by Vermod – energy-efficient tiny houses created post Tropical Storm Irene – five tiny houses from the Jamaica Cottage Shop, mobile add-on bedrooms by Wheelpad, camper vans, Vardo Wagons, converted school buses and Otis sleeping pods.

The festival will features its own version of a Round Up on the River including food trucks and music in the Lincoln Peak Courtyard as well as a makerspace for kids featuring colored compostable cornstarch packing peanuts where kids can create their own tiny houses. There will be exhibitors and vendors in the Gate House Lodge along with craftspeople, industry specialists and others.

This week these reporters were treated to a preview of the festival by Potter and Yestermorrow enrollment and outreach director Chrissy Bellmyer as well as a tour of two tiny houses and a new dorm featuring 100-square-foot sleeping “pods” on the Yestermorrow campus.

The 8-by-24-foot little wonder, named Little Lou, was built by Bellmyer, a project she undertook in order to live in her own affordable home. Bellmyer built the 170-square-foot space, a simple lofted tiny home with a compostable toilet, a spiral staircase, and a stylish metal tub. It was built and designed under the guidance of a professional contractor in 2015. The house has a small and stylish kitchen with cabinets and full-size appliances and has 12.5-foot-tall ceilings at its highest peak. The spiral staircase leads up to the sleeping loft with windows exposing all the natural wood coloring in the home. Across from the loft on the other side of the home is a hot water tank. The unit is heated by propane and is built on a triple-axle Tumbleweed Tiny House Trailer.

The total cost of the project was around $40,000. Bellmyr lived in it for two years in Burlington and Richmond and has rented it and is now selling it. 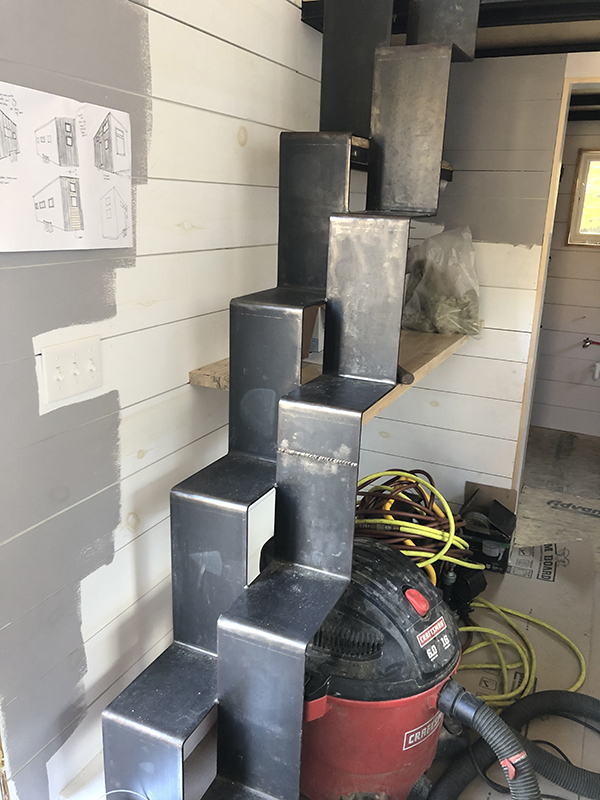 Another tiny home on the Yestermorrow campus, the Big Tiny, was begun by a group of Yestermorrow students for a class. It’s been purchased by a Warren family that will install it on their property as an accessory dwelling. It was purchased for $65,000 and the new owners are paying a contractor to finish some interior and exterior details. The home is dubbed the Big Tiny House as it seems taller and bigger than some other tiny houses. This home had unique and intriguing features such as the wrought iron staircase that leads to the lofted bed area featuring metal steps with alternating treads that looks like a featured piece of metal sculpture. The home had a lot of storage cabinets and space for home necessities as well as a full sink, stove and small mini fridge. The space had a standing shower stall in its bathroom with a spacious walk-in closet.

The Tiny House Fest is presented by Yestermorrow and the Brattleboro office of Cultural Affairs. While the major event takes place at Sugarbush on Sunday, October 27, events are scheduled throughout the weekend. On Friday, October 25, the Big Picture Theater hosts the documentary film “Citizen Architect: Samuel Mockbee and the Spirit of the Rural Studio,” at 7 p.m. Yestermorrow will be hosting a ticketed tour of tiny houses in The Valley and on its campus on Saturday, October 26. The current tour is full and those interested are encouraged to add their names to the waiting list at tinyhousefestvermont.com.

Volunteers are needed for the festival, according to Tiny House Fest co-founder and Lisa Kuneman. Folks can sign up at the website or call Yestermorrow directly at 496-5545.