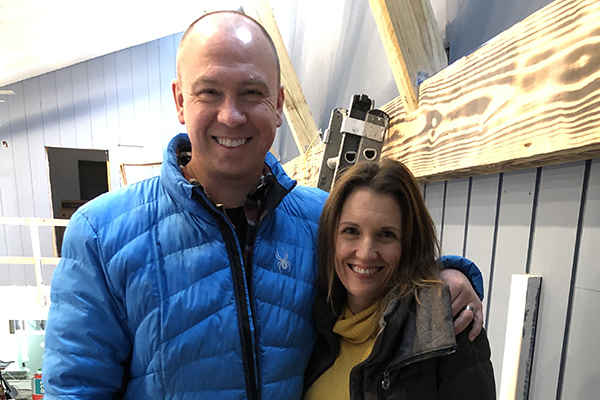 The Garrison on Route 17 in Fayston has undergone a multi-million-dollar facelift in the last couple years and will re-open as the Mad River Lodge this Christmas.

Zan and Dana Franc, Montville, New Jersey, purchased the property in March 2017 and pretty much gutted it, tearing out almost everything to create a new 22-room lodge from the former 10 room/apartment structure.

The Francs’ purchase of the Garrison follows their 2015 purchase and rehab of the former Golden Lion Inn (now the Warren Lodge) near the bottom of the Sugarbush Access Road.

Their trajectory from visitors to owners of the Warren Lodge and now the Mad River Lodge is both a typical and atypical story. Zan had skied some when he was younger and Dana had never skied.

They were invited by friends, who’d been to The Valley two decades prior, to spend the weekend with them.

“It was a perfect March day with sun, blue skies, fresh snow and perfect powder. She loved skiing and The Valley seduced us,” Zan said.

“After that weekend, we wanted to rent a ski house for the season, but ended up buying a Powderhound condo, he continued. His dad then bought one too.

Sometime later their visits with their three sons (Chance, 11, Blaine, 16 and Quinton, 22) included coming up in the summer and fall. Soon Dana was complaining about there being no room to store bikes and kayaks. So, they began looking for a house.

Dana was adamant that it had to be on the river and they looked far and wide with no success until their realtor, Bill Elliot, talked them into looking at the Golden Lion property which is on the Mad River and has a four-bedroom house attached.

They bought it, renovated it and had their house on the river.

“But we got the bug. We thought if we could get another place we might be able to live from two inn properties and transition up here full time,” Dana said.

He works in finance and coaches his kids’ teams while she works as a dental hygienist. During the time the renovation has been underway, they’ve managed the project remotely (with regular 5.5 hours drives to Vermont) with Jim Cameron, their project manager, owner of Green Dolphin Inc.

“We kept the design really simple,” Zan said. “You won’t find dressers in the rooms, but you’ll find shelves. People don’t really use dressers in hotels.”

They build new front and back stairs in addition to the elevator for people to get to the main lobby – located where the pool used to be – for those with historical knowledge of the Garrison. They repurposed part of the former walls of the pool to create a mechanical room for their fire suppression system.

It’s been a herculean marathon for them, one that they’re excited is coming to an end. 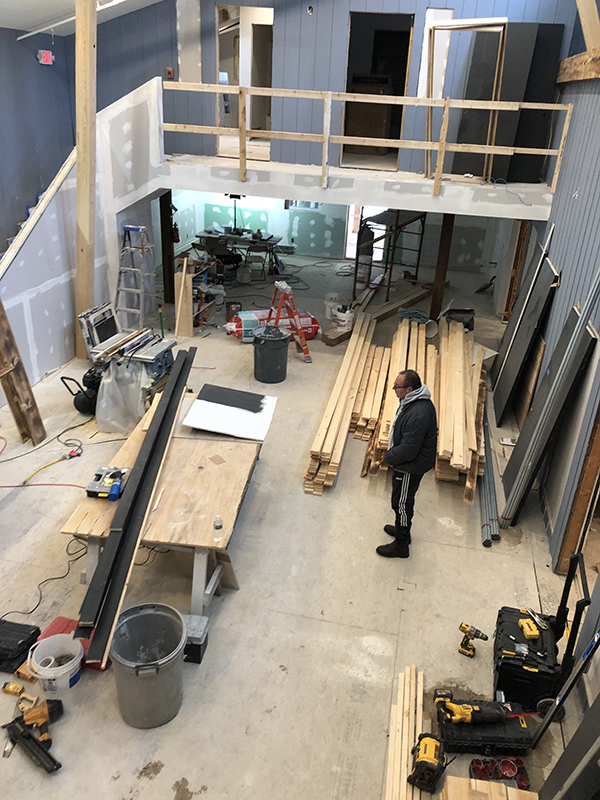