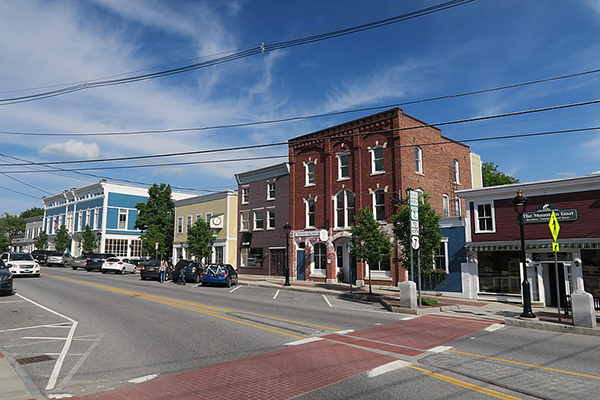 Manchester, Vermont, was the first town in the state to adopt a 1 percent local option tax (LOT) when the Legislature passed enabling legislation in 1991.

According to town manager John O’Keefe, the town adopted the local option tax only on retail sales initially. Manchester was and to some degree still is a retail outlet center.

“We have a lot of retail in town. We adopted it back when there was sales tax on clothing. In 2007 the state streamlined the sale tax revenues so clothing was not taxed and that brought our LOT revenues down from $1.2 million to $700,000 overnight,” he said.

While a local proposal to create a three-town LOT with Warren, Waitsfield and Fayston envisions using the funds for three-town issues such as housing, transportation, recreation, community projects and marketing, the LOT funds in Manchester had been used primarily to go into the general fund.

“That sudden drop in funds was even more disturbing for us because it helped keep our tax rate low and steady,” O’Keefe said.

“Voters rejected the lodging component which made no sense. The only time you use lodging in your hometown is when you have house guests you don’t like. But everyone eats and drinks and shops in their hometown,” O’Keefe said.

The following year voters added the tax to lodging. O’Keefe said that currently the rooms, meals and alcohol LOT funds are catching up with retail LOT funds. He said that the town creates a line item in the budget and appropriates its best guess for LOT funds raised.

“That’s a huge amount of money as it relates to our overall expenditures. Our tax rate is very, very low. That year we were projected to be the 25th lowest in the state. We’ve got a Grand List of $1.2 billion,” he said.

“If we appropriate $1 million in LOT funds and we get $1.3 million we put the surplus in a fund for years when the LOT might only raise $950,000. We’d take $50,000 from the surplus so that our budget and taxes are stable,” O’Keefe explained.

Manchester is a town of 4,400 people, next door to Dorset and a hub between Bennington and Rutland. Bromley is its closest ski area and Stratton is 20 miles away.

In addition to keeping property taxes stable, the LOT funds have allowed the town to spend a great deal of money on recreation.

“We have a nice park and recreation spending. We built a new running track and have four full-size athletic fields, a town pool, a new skatepark, a basketball court. We use our main athletic fields for economic development and host the UVM men’s soccer team for two-day expos. We host college games for teams from Middlebury, Dartmouth and Castleton. We host a lot of athletic tournaments and use them to attract people to town,” O’Keefe said.

“One of the things between our new library and the education system (Burr and Burton) and the parks and recreation is that younger people are attracted to the area. What’s attracting new residents is the amenities that are available and people are doing a lot more shopping around when they’re looking for a place to live and especially if they can telecommute,” he said.

Like most areas in Vermont, housing is an issue. The market is tight and expensive. The average house costs $350,000 and is a three-bedroom ranch that needs work, the town manager explained.

“That’s a challenge. We just added a new category to our zoning for workforce housing. The original definition said it was for a household income of $60,000 to $70,000, but after a public policy debate, that ceiling was raised to $120,000, which is about the combined household income of a teacher and a police officer,” O’Keefe said.

O’Keefe said he’d be curious to see how an LOT with three participating towns will work, but said that the maps that define towns were created by England’s King George in the 1600s and 1700s without benefit of seeing topography.

“There were no topo maps back then. If there had been they’d have drawn a big circle around your Valley with its river and two mountain ranges. I often ask people why they let the king of England define their town,” he said.