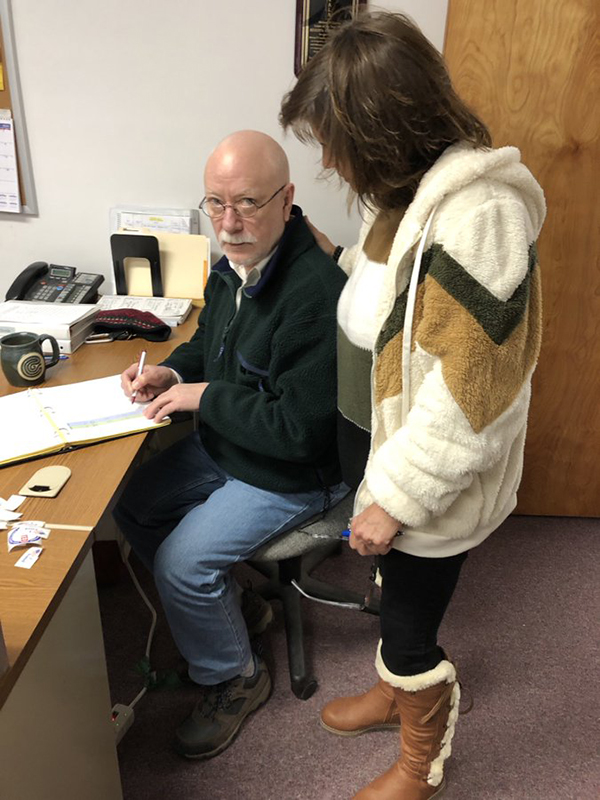 Controversy began early, when voters were presented with a handwritten-amended handout to the budget numbers printed in the town report. Despite those efforts at accuracy, for many voters the numbers didn't add up, literally or figuratively.

The town is in deep financial trouble and may be raising property taxes by nearly 50 percent. Given the dire financial state of the town, voters questioned the need to set aside money into an emergency escrow fund, the need for a new heated salt shed and why the board was increasing the select board assistant position to full time.

The board quickly back-pedaled on the need for a full-time select board assistant, with every board member opining that they don't need it, but they just want to put it in the budget "in case." Voters did not agree, with some calling for the position to be eliminated and some saying that this is work the board itself should be doing. In the end, the assistant position remains part time, as it has been since its inception two years ago. Jonathan DeLaBruere, who has held the position, recently resigned to take another job. He will continue as a contractor for the town to complete some grant-writing projects that are underway.

According to the board, VTrans’ regulations are the main reason the budget has skyrocketed. The town can no longer fix culverts the old way and now has to meet road maintenance standards created with Vermont’s Clean Water Act in 2016. Duxbury doesn't have the population to support those expenses, voters were told.

Questions were raised over whether the town might go bankrupt and if the town has any assets it could sell to raise money in lieu of raising taxes so extremely. It was also suggested that if the town raises taxes so high that people can't pay them, it may backfire. During budgeting questions, it came out that Duxbury also has an outstanding loan that was not included in the deficit amount on the printed and twice-amended budget. The board seemed to feel it was not necessary to include it in the deficit, but citizens disagreed.

Even though there were strong feelings all around that taxpayers cannot afford such an extreme property tax increase, in the end the vote was to allow the board to raise the taxes as they see fit. A budget of $1,092,886 was ultimately approved by a voice vote. The budget will likely increase the municipal tax rate from last year’s $0.5479 to a projected $0.8468.

Kevin Garcia was reelected to another term, defeating Tony Touchette. The next contested position was a three-way race between present board member Bob Magee, Tony Touchette and former board member Dick Charland. After two paper ballot votes, Charland was reinstated after a six-year hiatus.

For many voters it seemed clear that Duxbury is in crisis. They questioned whether any small town in a mountainous, storm-prone region could afford to keep its roads open and follow current regulations without outside assistance, as the climate changes and extreme weather events occur more frequently.