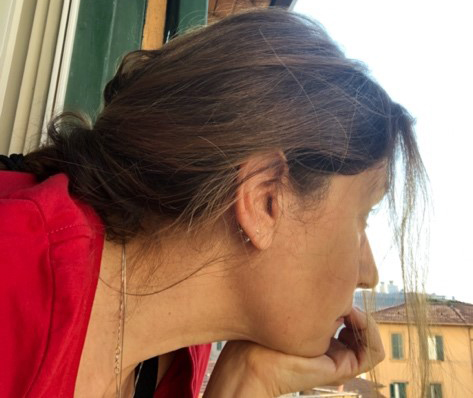 My outside time is spent leaning out my top-floor window peering into my neighbors’ lives.

Today, March 24, marks six days since Part 2 of this tale was published on The Valley Reporter’s website. In that time, we infamously broke the record for the highest number of deaths reported in one day due to novel coronavirus not once but twice.

“Italy reported 793 coronavirus-related deaths in 24 hours on Saturday, March 21, the largest single-day death toll so far reported in any country since the outbreak started. The number tops a record death toll Italy set just a day earlier, when the country reported 627 deaths in a day related to COVID-19, the disease caused by the novel coronavirus.” – Business Insider.

The frighteningly steep climb reported last week continued, vertiginously above even our most valiant efforts to stay smiling and busy, maintaining some semblance of healthy lifestyle. The cases in our region, Lazio, have gone from 550 on March 18 to 1,414 yesterday, March 23, 2020.

Some people were cautiously optimistic about the fact that the death toll diminished over the past two days, but today’s death toll, March 24, rose again to 743.

Possibly thanks to this dizzying climb in the number of victims or in response to criticism from the areas most affected, the songs on the balconies and rounds of applause have ceased as spontaneously as they appeared. Now, if I were to go to my window and start applauding at midday, my neighbors would think I’d lost the plot. And maybe, as I dance my heart out to Tarantino tracks with friends on FaceTime, they wouldn’t be far off.

Until Sunday, the silence outside was punctuated only by the sounds of sirens and the occasional bus. But then conspicuous silence fell like thunder and only in conversation with my ex-husband did I learn they’d made the decision to turn off the sirens in a bid to lessen the collective state of anxiety. Now, I find myself wondering if a silent ambulance is going by now. Or now. Or now. When the absence of sirens becomes more unsettling than the sirens themselves, I guess that can be defined as a heightened state of collective anxiety.

As I write, I am listening to one of the first public briefings on BBC Radio 4. Finally, Boris Johnson has come out with a definitive “Stay home” and backed it up with legal orders of closure. It took him too long. My daughter, a part-time care assistant in a mental health facility, is deemed essential. Over the past several days, she’s been debating whether or not it is responsible for her to go in, both for her safety and for the safety of the assisted. We debrief daily, and I’ve asked her to continue to think strategically about potential next steps.

It’s all I can do from afar. I continue to straddle the position of proud mamma and sheer terror, recognizing that if I were called to do something deemed essential to help in this situation, I would do so also.

At day 14 of our quarantine during which time our restrictions tightened twice, including today’s new measures, the struggle to remain positive is real. We are coming to the realization that this is not a 14-day or even a 30-day ordeal. It will change the way we live our lives in ways we cannot yet know.

Tonight, as I finish writing this piece, Prime Minister Conte held another press conference. While the death toll increased, the total number of new cases is in decline. He’s asking us to remain steadfast and he’s introduced an even stricter legal order that will restrict our movements even further. My ex-husband who lives in the town of Prato will likely not be able to visit his daughter who lives just over the line in Pistoia.

Gone are the days of physical exercise outside just for the sake of it. Fines will range from 400 to 3,000 Euro for anyone caught out without justification; if this involves a vehicle, the fines will increase by a third. This week, while many factories were ordered to shutdown, essential production, including the entire supply chain around food and pharmaceuticals, remains active. The state is calling for the continued utmost collaboration on the part of regional and province-level governors. In some areas, military support is being deployed.

I’m heartened by the continued leadership. They are not pompous nor do they pretend to know all the answers. They adjust their course as they learn. They are transparent and share what they know, daily, for the world to see. They are open to collaboration. They understand that the scientists, the epidemiologists, the virologists have to lead the way.

In his press conference, the prime minister encouraged everyone to consider what good can come out of this mandated pause. He said, “It will make us better people, force us to stop our frenetic ways in their tracks, think about what we’ve done in this life, who we are, reflect on our lifestyle up till now and out of that reflection, we will learn and grow.”

Tina Marisa Rocchio was born in Burlington and lived in Warren until she was 14. She went to Warren Elementary School and HUHS before going to boarding school, returning home to Vermont on school holidays. Prompted by her love of the Italian language, at 18 she went to study for a fifth year of high school to St. Stephen’s School of Rome and the rest, as they say, is history. She’s been living in Italy for over 30 years where she raised her daughter, Giulia, who now lives and works in London.