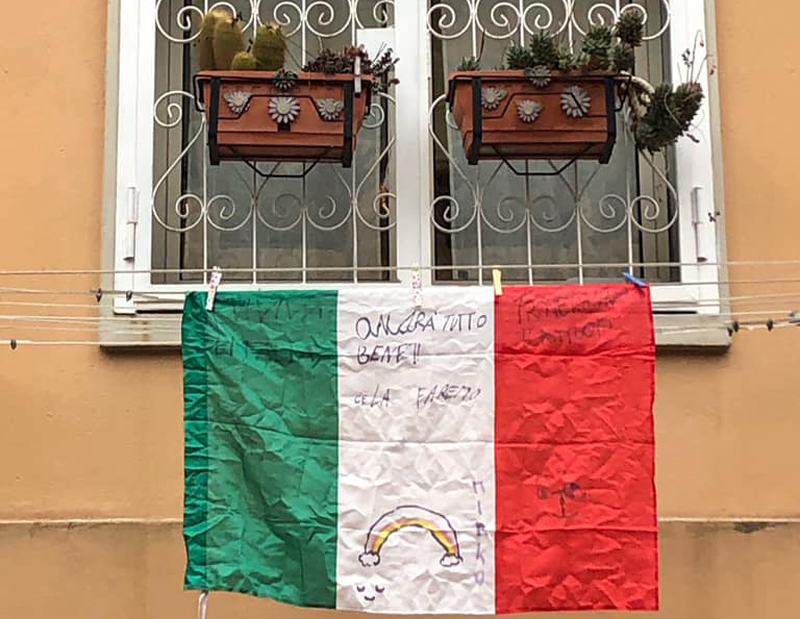 We are living in a dichotomous reality where there is nothing for us to do, yet so much happens each day.

I wrote my first installment for The Valley Reporter just five days ago, yet it feels like weeks ago. Since Friday, March 13, the number of cases in my region, Lazio, have gone from 242 to 550 according to the March 17 governmental report. The number of deaths in Italy have risen from 1,266 to 2,503. 2,941 patients have recovered, as per the same report, although there are some concerns symptoms can return.

We are quarantined yet have to do what little shopping we can, without exaggeration and limiting ourselves to strictly what’s needed. We have to bring the trash and recycling down. Those with dogs walk them; those without would gladly rent one from a neighbor just for the excuse to take a walk around the block.

We are Italian, so we cook. A lot. Among the great number of memes circulating on internet or other vital connections like WhatsApp or Instagram, most talk about how fat we’ll be when we’re finally able to leave the house again.

Our grocery stores are fully stocked and employees making Herculean efforts to serve the public. We go in two at a time, sometimes lines form on the sidewalk. One cannot enter without a mask – or some sort of mouth and nose covering. I’ve been using my gator. 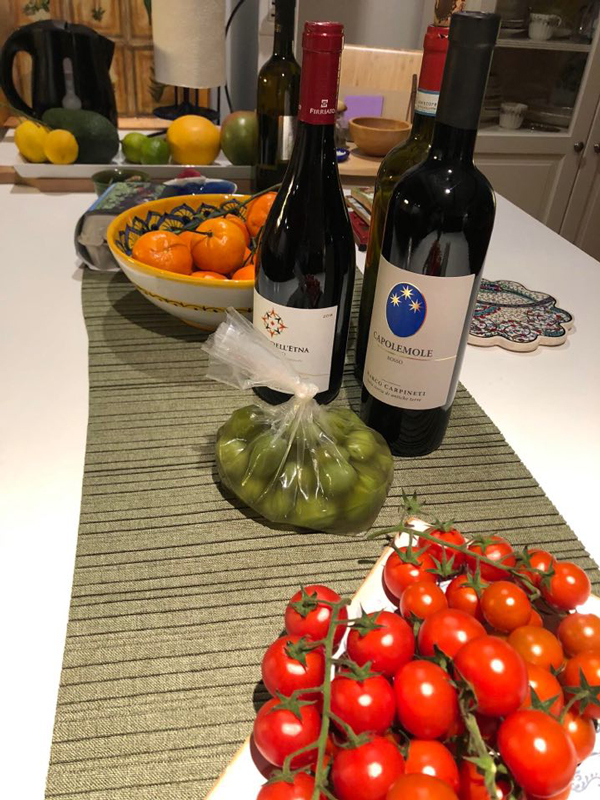 From what I’ve seen in reports from parts of the UK and US, it seems we are in a much better position with regards to distribution chains. So far, there is nothing I’ve desired - from paper and cleaning products to fresh fish, veggies, wine, mozzarella or prosciutto - that I can’t find. Or maybe the differences between individualistic and community-rooted societies are exemplified in the stockpiling and empty shelves.

A couple of days ago, when I started this installment, I’d come to let the daily community appointments dictate the rhythms of my day: There's the 12 o'clock round of applause for the medical community and their support, the 6 p.m. singalong which is not quite at the same level of some neighborhoods' I've seen posted online, but we're pulling it together (one neighbor, Laura, actually took out her guitar yesterday). Then there's the new addition of the 9 p.m. salutation with darkened apartments and torches and candles alight followed by a good-night round of applause.

I now know my neighbors. We wave to each other across the way. It only took eight years and coronavirus to make that happen. As of yesterday, some still come out, but the camaraderie has been quelled somewhat. My sense the reasons behind this are multifold; certainly, some of it can be attributed to fatigue, as all trends tend to mellow after the initial boom. But I’m sure it’s also – possibly mostly – attributed to the horrific news from Bergamo Province where the numbers are staggering and some Bergamaschi, rightly so, spoke out against the country’s revelry while their loved ones’ coffins fill the empty churches awaiting burial.

EVERYTHING WILL BE OK

And, yet, there is a growing number of flags and drawings of rainbows with the words “Andrà tutto bene” across them. “Everything will be OK.”

Throughout this, the government governs. Sure, there are spats between regional governors and the state, but for the most part there is unity and clear messaging. Every day our Civic Protection Agency holds a 6 p.m. press conference followed by a press release, which in and of itself is comforting. One of the first rules of good communication strategy in a crisis is communicating when you'll be next communicating. They're doing that.

In terms of knowledge management, a science with which I’ve become overfamiliar in recent months, they are sharing everything they know. This is considered best practice in ordinary circumstances, and even better practice in times of crises. They are even translating their press releases into English and making them accessible to anyone – anywhere – so that other nations can learn from what we are experiencing.

Below is a screenshot of those headers. In it, you see the total number of cases listed day by day. One need not be a mathematician to get the severity. I admit, seeing the widening gap from one day to the next brought me to tears more than once. 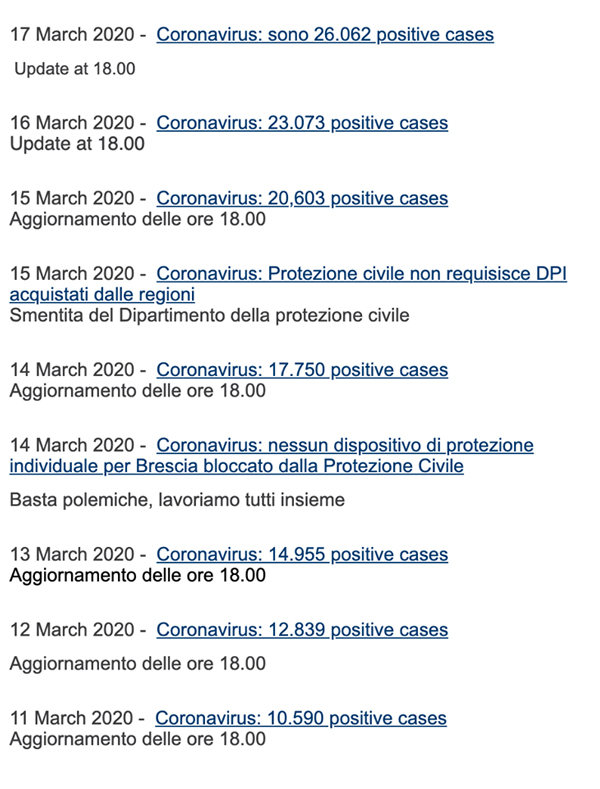 Italians, in addition to being the stereotypically fun-loving bon vivants who sing from balconies, also know a thing or two about life and science. They’re among the greatest and most sought-after medical researchers in the world. They top the charts when it comes to law, architecture, art, music and musicology, design, history, engineering and science, to name a few. They’ve been through plague, wars, flus and so much more. They have had both expanding and dwindling empire and kingdoms. They transitioned from polytheism to Christianity and housed the Holy See just across the Tiber from where Emperors once sat. Their wisdom is rooted in their DNA and they are great in times of crisis. And if they say only quarantine will work to fight this virus, I, for one, believe them.

For this reason, I was both sad and relieved to read about the closing of Sugarbush over the weekend, and the many businesses to follow; sad because I know how many lifelines depend on those revenues, relieved because if what we are seeing here is any indication, I know how many lives will be saved.

I hope that as a Valley and as a state you are able to come together, regardless of party lines, to recognize the severity of this incredible thing that is affecting us all, from China to the Mad River Valley, passing through Rome. It is bizarre and frightening. It has taken us all by surprise and put us at its mercy. We’ll all be reeling from this for many, many years to come. I hope.

Tina Marisa Rocchio was born in Burlington and lived in Warren until she was 14. She went to Warren Elementary School and HUHS before going to boarding school, returning home to Vermont on school holidays. Prompted by her love of the Italian language, at 18 she went to study for a fifth year of high school at St. Stephen’s School of Rome and the rest, as they say, is history. She’s been living in Italy for over 30 years where she raised her daughter, Giulia, who now lives and works in London. She has spent her adult life demystifying contemporary Italian life and politics and promoting Italian art and culture to anyone who would listen. Founder of ExperienceItalia! and former director of Arcadia University programs in Italy for nearly 15 years, she now consults with the UN’s World Food Programme, sits on the board of trustees of St. Stephen’s School of Rome and finally has begun writing again about Italy.