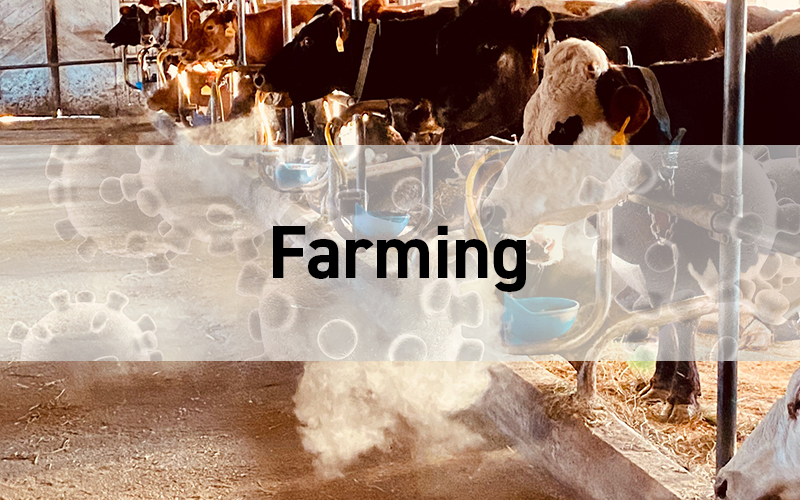 Weeks before Governor Phil Scott declared a state of emergency in response to COVID-19 on March 13, the von Trapp Farmstead, a family-owned and -operated organic artisan cheese creamery in Waitsfield, started seeing a decrease in sales.

The farmstead is truly a family operation. Martin and Kelly oversee the 50-cow milking process on the farm, while Sebastian and his wife, Molly, new parents of 3-month-old twins, work in the cheese house.

“We lost around 50 percent of our market overnight,” said Sebastian. “All of our orders going to New York City were canceled. We had just been working on a sales effort to bring in new distributors and that just stopped in its tracks.”

Not all von Trapp cheese goes to New York City, however. Their cheese is sold as close as Waitsfield, Vermont, and as far as San Francisco, California. “I felt like we were well diversified. I felt like we were in control of the economics,” said Sebastian. “But never in my wildest dreams could I have pictured every single restaurant in every single part of the country closing at the same time. It’s something that we could never have anticipated.”

The unique problem that dairy farms face in a time of decreased milk demand has to do with biology. If dairy cows are not milked at least one to two times a day, they can become ill and may develop mastitis, an inflammation and infection in the udder. “You can’t really put any businesses on pause, but you really can’t put a farm on pause. Not for a holiday or a weekend, let alone this sort of thing. The cows just keep making milk!” said Sebastian.

“What happens to us when cheese sales stop is, very quickly, we run out of space for the cheese, said Sebastian. “And especially with the softer cheeses, they perish very quickly.”

After restaurant closures, the von Trapps scrambled to find solutions to deal with an oversupply of milk. They’ve considered “drying off” some cow’s sooner, which means gradually ending their lactation cycle, which takes time. “We also started looking at cows to sell. But we don’t want to sell our cows. We put so much time, energy and love into caring for them. They’re part of the extended family,” said Sebastian. 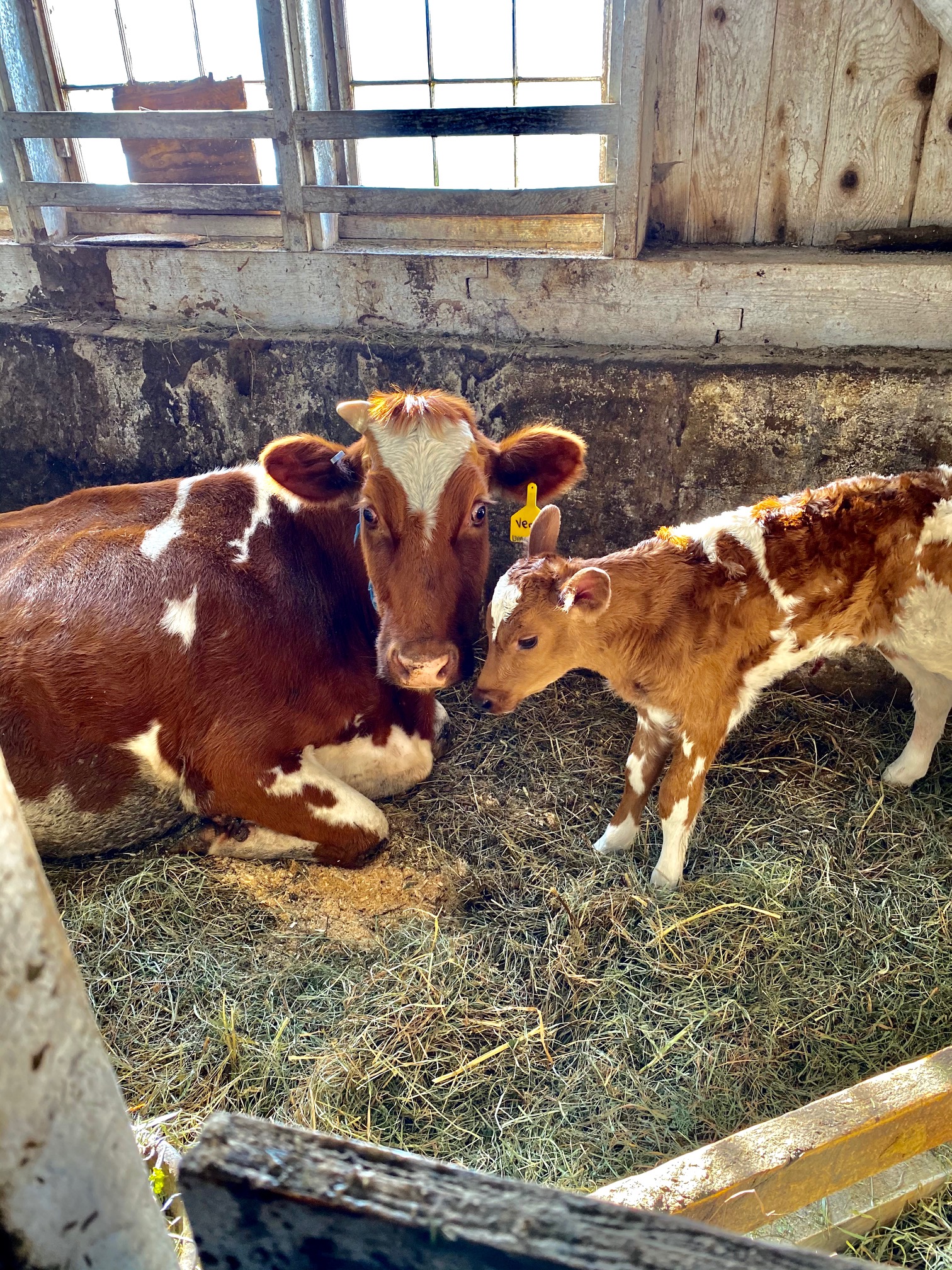 Luckily, there has been one silver lining in an otherwise dismal situation: yogurt. “Apparently, the sweet spot in the dairy world is yogurt,” said Sebastian. “Same with bottled milk and harder cheddar. People are stocking up on staples.”

Now, the von Trapps are selling milk to two Vermont-based yogurt-making businesses, Roger’s Farmstead in Barre and Butterworks Farm in Westfield. “They actually can’t get enough milk to satisfy their yogurt demand, so we worked out a short-term arrangement to sell some milk to them. That’s easing the burden. We are able to sell our milk for a decent price and keep milking the cows, without needing to dump the milk,” said Sebastian.

Milk sales to yogurt makers only replace a fraction of lost revenue, however. In order to stay afloat, the von Trapps are turning to the community. Starting April 1, the farmstead will offer twice-a-week curbside pickup for cheese, raw milk and meat (they also raise pigs). All cheese bought with curbside pickup will be sold at a discount. “Hopefully everyone will have cheese in their house,” said Sebastian.

Provided that they make it through this coronavirus crisis, the von Trapps plan to enact a broader initiative to engage the local community. “We’re in the process of building a farm store that will be open year-round,” said Sebastian. The store, which will be located right on the farm, will be open year-round for community members who want to buy high-quality cheese and meat at an affordable price. “We can make our products more affordable if we cut out the distributors and middle folks. Of course we cherish our partnerships with them, but we want to start doing a lot more direct sales to our community,” said Sebastian.

Even before coronavirus, the von Trapps were working to diversify their products for a more resilient creamery. For instance, they’ve been breeding cows that produce A2 milk, a type of milk that is more easily digestible to those with lactose intolerance. “Our herd is well on its way to becoming a complete A2 herd,” said Sebastian.

Until the dark cloud of economic uncertainty spawned by the spread of coronavirus lifts, however, the von Trapp farmstead is operating day by day, as expenses keep mounting during a period of dwindling revenue. In his spare time, Sebastian scouts for financial assistance opportunities from the government to make sure the farm doesn’t go out of business. “There are a bunch of different programs out there, but nothing is available just yet,” said Sebastian. “It’s especially tough to do all this while Molly and I are completely sleep deprived from having twins,” he added.

Ultimately, the von Trapps are turning to the community for help. “We’re asking our community to support us, to come buy our cheese, buy our meat, buy our milk. In turn, we are committed to providing the highest quality dairy products at an affordable price” said Sebastian.