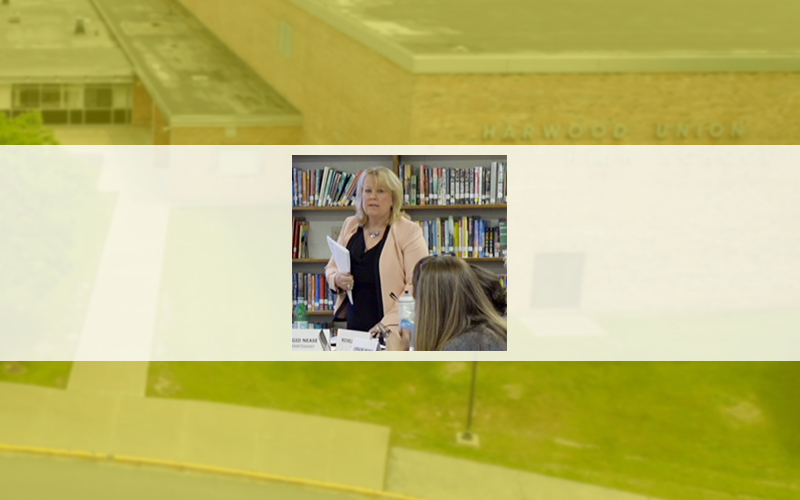 After 11 years as school superintendent, Brigid Nease says she is looking to Harwood Unified Union School District Board for a two-year contract renewal when her five-year job agreement expires at the end of June 2021. 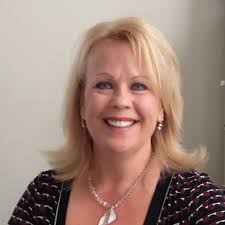 “I am not interested in another five-year contract as I have had in the past. I let the board leadership know that I am interested in an additional two years,” Nease said in an email to the Waterbury Roundabout Friday afternoon.

Although a second vote on next year’s $39.75 million proposed school budget is just 10 days away, the Harwood Unified Union School District (HUUSD) Board plans to focus its attention on the superintendent’s contract when it meets primarily in executive session on Wednesday, June 10.

Nease has been in her role as the district’s top administrator since July 2009 when she was hired to lead what was then Washington West Supervisory Union. In July 2017, the district, encompassing Duxbury, Fayston, Moretown, Waitsfield, Warren and Waterbury, further consolidated under Act 46 into the Harwood Unified Union School District.

Nease is currently nearing the end of the fourth year of a five-year contract that ends June 30, 2021. Signing a new two-year agreement with the district would have her on board until July 1, 2023.

In an earlier interview, school board vice chair Torrey Smith of Duxbury explained the board’s process for its meeting on Wednesday. It has a short public agenda in order to dedicate most of the time until 9:30 p.m. to an executive session.

The meeting is scheduled to start at 6 p.m. via online video conference. Smith said there will be time allotted for public comment and some housekeeping items. For the first time since the COVID-19 virus response forced remote meetings, the board plans to have members physically at Harwood Union High School for this meeting, using their computers to join the online public portion.

The executive session will be conducted in person, allowing for social distancing, Smith said. If the board reaches any conclusions during closed session that warrant action, it will vote in public session using the Zoom video conference platform, Smith explained.

Done every two years, the superintendent’s job evaluation is one of the board’s tasks. Multiple people will have had an opportunity to fill out an anonymous online evaluation form. Their responses will be collected and printed out on paper copies for each board member to read in person in the executive session.

Smith outlined the three main groups of individuals who will offer their opinions for the evaluation: school board members, school administrators such as principals and other districtwide officials and the staff in the central office that reports to Nease.

“It surprises some people that community members and teachers are not asked for their opinions,” Smith said.

A superintendent’s job description has many facets that the public and even many school staff might not realize, Smith said.

Both Smith and board chair Caitlin Hollister of Waterbury emphasized that a superintendent’s job description has myriad responsibilities and few people have a good understanding of all of them. Many individuals may only interact with a superintendent in one or just a few roles, they said.

At board meetings in May, Hollister discussed the process the board will use in doing the evaluation, saying the board established it in 2018 when it did Nease’s last review. Hollister called it “standard” and based on research looking at other Vermont school districts.

There are several differences, however, this time. In 2018, it was the second year of a five-year contract. The evaluation was essentially a performance review touching on strengths and weaknesses and setting goals for the next two years, Smith said.

This time with just one year left in Nease’s contract, the larger question is whether the board wants to offer her a new agreement that would begin mid-2021. “We can use the evaluation to figure out if we should redo the contract,” Smith said.

The board should settle the question of whether or not to offer Nease a new contract, Smith said, because that decision will determine the next steps. If the answer is yes to renewing the contract, the board and Nease would negotiate the agreement’s length and details and set goals for the next couple of years.

If the answer is not to renew the contract, the board would need to switch focus to launch a search for a new superintendent to start in a year -- a process that itself can take a year or so.

“If it’s a decision not to renew, we’re already late,” Smith said.

Nease’s contract also states that the school board would let her know its renewal decision by Septembe. 1. At the last board meeting, however, Hollister said she would like the board to decide by the end of June before the board takes its July recess.

In her email on Friday, Nease said she has thought about how the next three years would be spent if she was offered a two-year contract.

Next year will be focused on COVID-19 and learning to adapt to running the school district “with the virus still live,” Nease said. Schools may need to shift between in-person learning and remote learning, implementing various levels of Centers for Disease Control guidelines depending on circumstances.

“It will be a year of great uncertainty, challenge, change and stress for all,” Nease wrote. In addition, two new co-principals start at Harwood soon and school districts across Vermont are bracing for FY22 to be the most serious budget season in the state.

Nease acknowledged the search for her replacement would need to begin relatively soon.

“The board will need to conduct a thorough search for my successor and hire a search firm. It is not unusual for districts to conduct two searches before finding the best candidate, which has been the history in HUUSD prior to my coming,” Nease said. “The prime year timeline for that search to find the best available candidates will be April to April.”

She broke down the key issues for each of the next three years:

“This will allow for the much-needed time for the board to conduct the most thorough search and involve the larger community in hopefully a total in-person process,” she said.

By mid-2023, Nease said she envisions an attractive situation for a new leader. “It will allow a new superintendent to take the reins when the district is more financially stable, new hopefully multi-year contracts are in place and the long-term decisions around whatever school configuration will be determined.”

Earlier in the year when the board mapped out its work plan, Nease’s evaluation was penciled in for sometime between March and June this year. Other developments have become more pressing -- the failure of the budget on Town Meeting Day and the school closure for the COVID-19 virus response. The school board shifted to online meetings in April.

Smith said the previous evaluation was done over several meetings where the board used executive session time at the end of the meetings. That meant stopping and starting. “People were always really tired,” Smith said, explaining that one dedicated longer session was preferred this time.

While Nease, until Friday, had not made her wishes known to the public, many in the community have been engaging in discussions on social media sharing opinions on whether the school board should offer Nease a new contract.

Front Porch Forum and Facebook groups, particularly among residents in the Mad River Valley, have seen new posts popping up in the past week or so, even as the school district inches closer to a second vote on the FY21 proposed school budget.

During her 11-year tenure, Nease has become a lightning rod particularly in The Valley communities where she raised ire with several school personnel decisions. More recently, Nease’s push for the district to consider closing and reconfiguring its smaller schools, Fayston Elementary School, in particular, has made her an unpopular figure among some. Her support for moving students out of Moretown Elementary and into Crossett Brook Middle School further riled members of the public in those affected communities earlier this year.

In March, residents at Town Meeting in Fayston and Warren took non-binding no-confidence votes regarding Nease. Both passed overwhelmingly. Likewise, the Moretown Select Board weighed in just this past week. At its June 1 meeting, the board discussed Nease’s contract coming up for renewal.

“The board returned a unanimous vote of no confidence in the current superintendent,” board chair Tom Martin wrote in a memo to the school board on June 2. “These are challenging times ahead and we need a leader that’s respected and qualified for this very important position.”

The select board urged the school board to vote against offering Nease a new contract, and instead to “commit to finding a leader with the necessary qualifications and demeanor.”

On the other hand, Nease has managed to win and sustain the support of school board members over the years, many of whom often weigh in with public comments in her favor or in support of her recommendations. She also won praise for handling the crisis that enveloped the school community in October 2016 after five local teens were tragically killed by a wrong-way driver in a head-on car crash on Interstate 89.

Hollister said Friday that school board members had already received emails with comments regarding the superintendent’s evaluation and contract from several dozen community members, mostly from the Mad River Valley. Waterbury and Duxbury accounted for fewer than 10 comments, Hollister said.

“For those who would like to offer comments, I suggest emailing the full board,” Hollister said. “Public comment is also an option but comes with a time limit.”

Details on Wednesday’s school board meeting including how to log in to watch and participate on Zoom online can be found here. Contact information for board members is online https://docs.google.com/document/d/12bzeVf75bYYP01HvJA0FhigQU1vVqycVJfoXg-PIhEs/edit#heading=h.oczysr1wxdhw.

This story is reprinted courtesy of www.waterburyroundabout.org