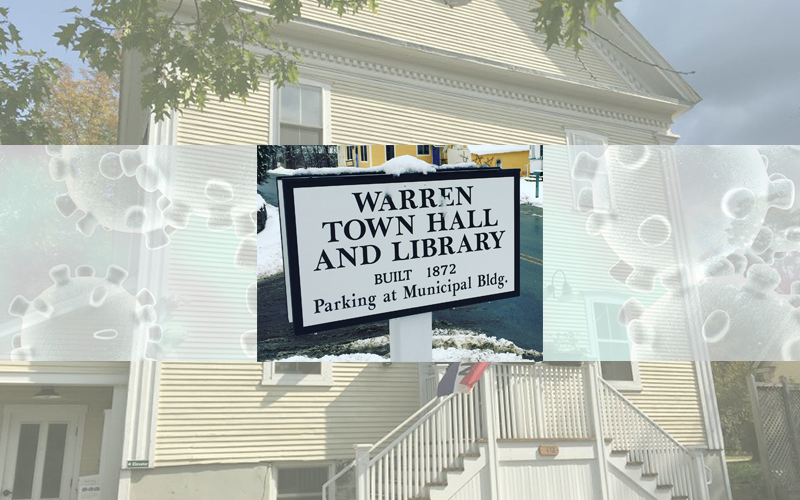 The Warren Select Board met on June 9 to sign a resolution, extend the tax deadline and hear complaints from the public. Here are some of the highlights of the meeting.

Board members signed a resolution drafted by the Vermont League of Cities and Towns (VLCT). The resolution is aimed at helping Vermont towns get the aid they need to economically recover from COVID-19.

Specifically, by signing the resolution Warren committed to use federal funding not only for additional expenses incurred responding to the pandemic but also the dramatic budgetary shortfalls resulting from pauses in commerce, tourism and other economic engines.

Signing the resolution also committed the town to ensuring federal funds are immediately used to rebuild and reopen the economy and used to keep workers employed and critical services operating.

By signing this resolution, “We’re giving our congressional people some backing to go to bat for us,” said select board chair Andrew Cunningham.

Regarding a grievance hearing held on May 28 in which Warren highway manager Raemon Weston appealed to dispute his termination, the board announced that it had declined Weston’s appeal.

In a letter to Weston about the appeal, the select board said, “We were clear in our termination letter to you as to the reasons that your employment ended. You did not present any persuasive evidence to the contrary at the hearing. Therefore, your grievance is denied and our decision to end your employment with the town of Warren is hereby ratified and affirmed.”

Finally, Warren citizen Dave Campanelli addressed the board with a complaint regarding Section 3.1 in the zoning regulations. He claimed there was prejudicial enforcement of the regulations of the town of Warren considering surface water protection. About 10 years ago, Campanelli was cited for cutting a tree that he did not have the authority to cut. Now, he argued, the ordinance that caused him to be cited isn’t being enforced.

Speaking of the tree warden who cited Campanelli years ago, Cunningham said, “If you cut a tree against the ordinance and he gave you a citation, he was doing his job.” To this, Campanelli replied, “There are trees being cut today and I don’t see any enforcement of that ordinance. That’s my point, Andrew!”

The select board offered several paths for Campanelli to address his complaint, such as suggesting he attend a pending planning commission meeting in which members would be reviewing tree-cutting ordnances and regulations. To this, Campanelli continued to reiterate his complaints.

After several more minutes of enflamed discussion, Cunningham said, “What’s done is done. If you’re looking for us to rescind that from 10 years ago, it’s really not something that we can adjudicate. We’ve given you several next steps to get you to what you want to do. We’ve answered all your questions and given you a good podium to say what you wanted to say. We’ve heard you.”