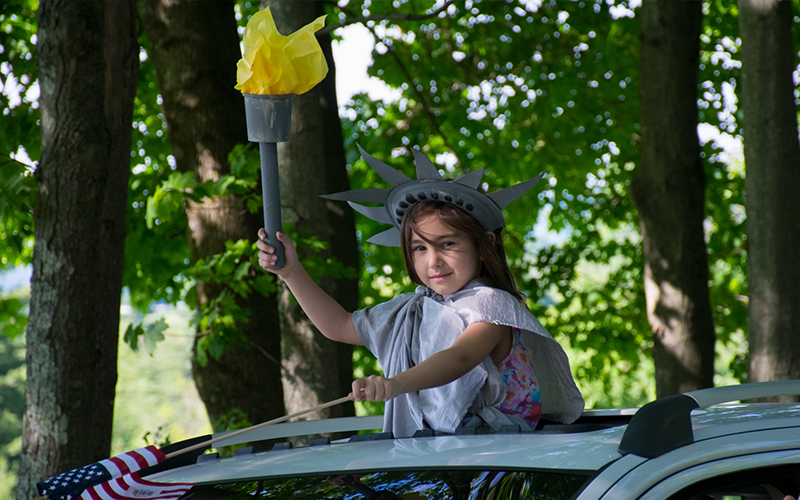 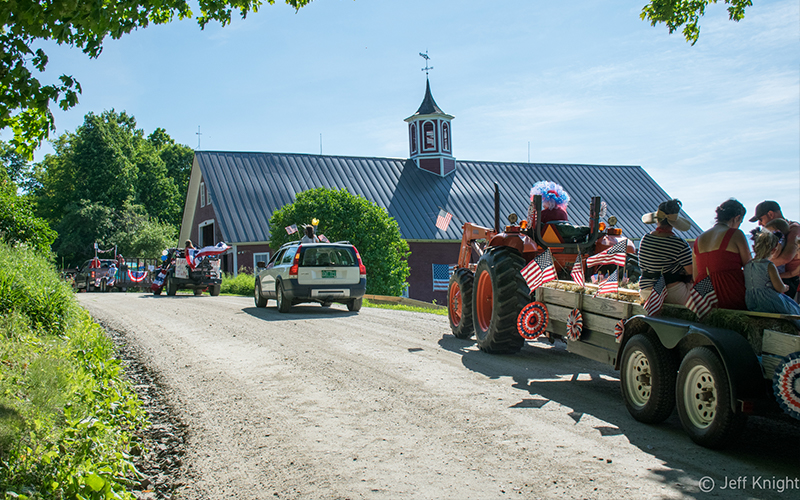 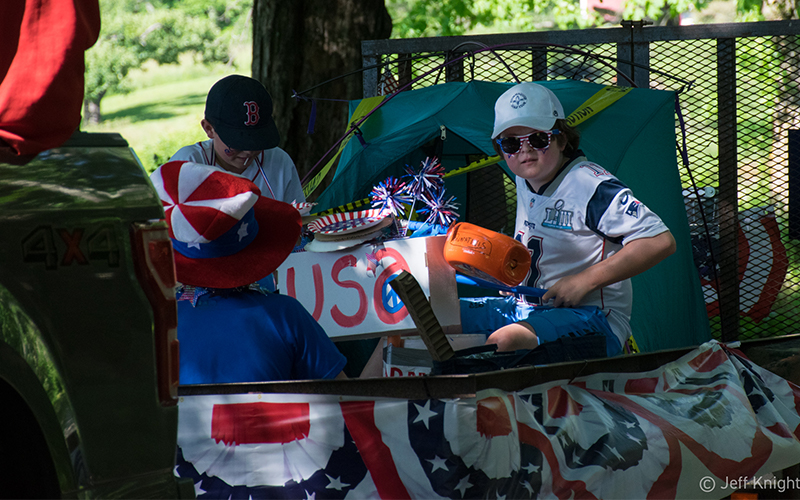 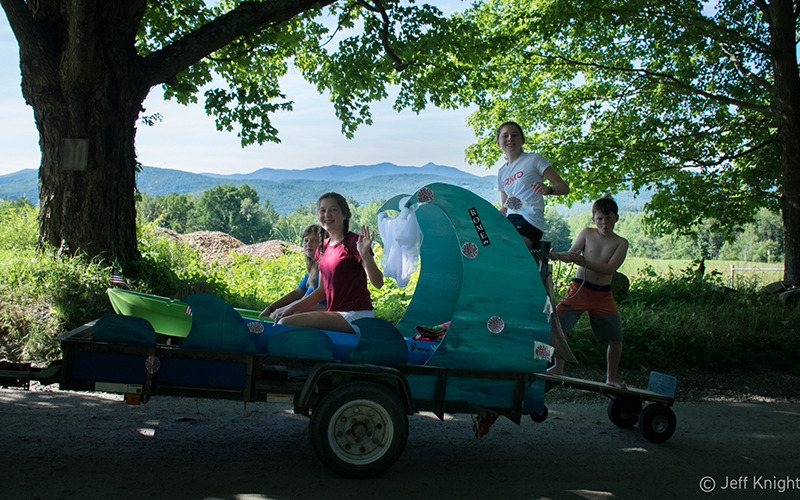 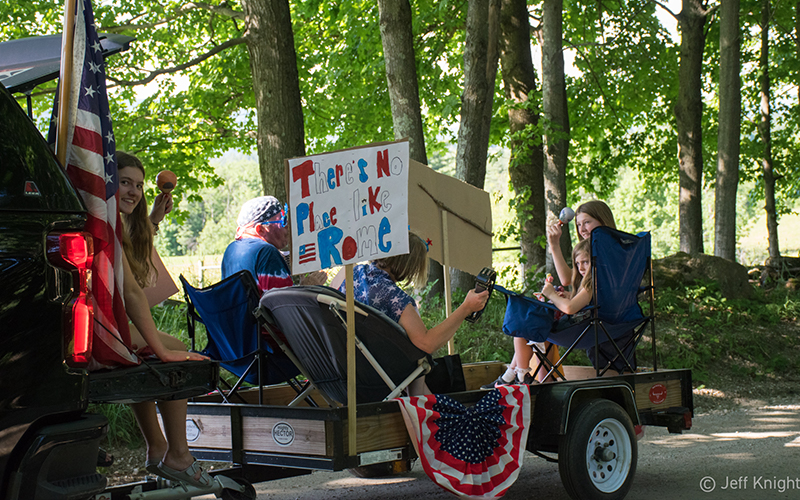 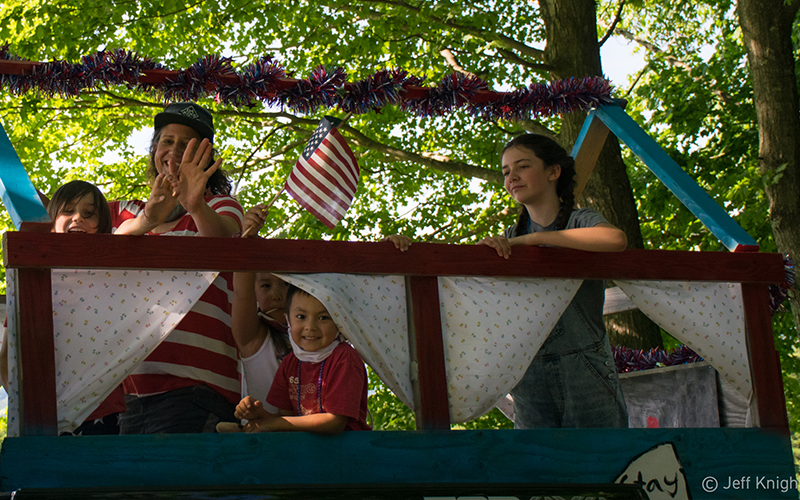 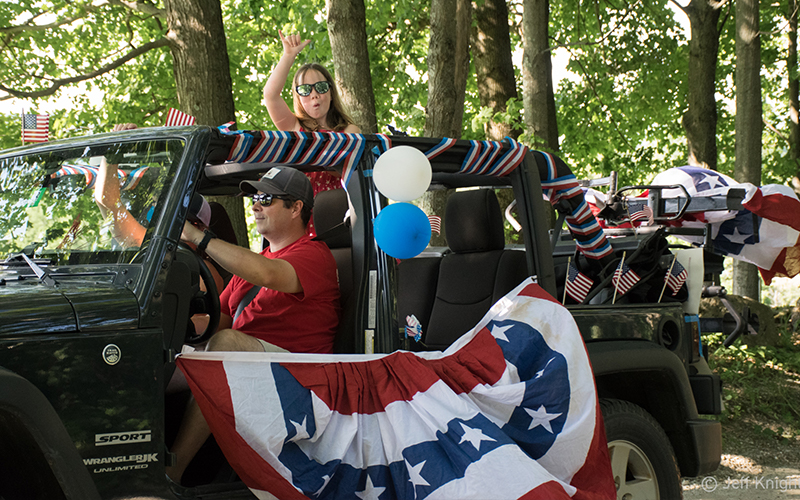 The word spread via texts and emails and a few calls that there would be a small, impromptu Fourth of July parade on Waitsfield Common Road on the afternoon of July 4.

The pop-up parade featured some five to six floats or trucks with floats, including tractors and trucks pulling trailers and makeshift trailers. The floats included kids, lots of flags, homemade signs, a lady liberty, an infant and lots of smiles.

“I saw a lot of smiles that afternoon and for a hot second, things felt kind of normal,” said Barclay Rappeport, who with husband Josh and their neighbors Christine and Dan Sullivan, organized the pop-up parade.

She said that the parade was a shared brainchild that she and her husband had with the Sullivans while sharing a socially-distanced beverage around the fire pit one night.  Initially they considered a bar crawl, but decided it would be more fun to do a small parade for the kids.

“It’s pretty much a parade on that road daily anyway,” Rappeport said. She sent an email to most of the families on the route asking if they wanted to participate or cheer.

“It grew organically from there. We mentioned it to folks on the road and lo and behold on the Fourth, we had exactly what we’d hoped for, happy kids who worked hard on their floats with just enough people coming out to cheer,” she added.

Parade participants gathered at the north end of Waitsfield Common Road where a lawnmower led six floats and a chase vehicle (Rappeport’s husband with a sign that said “Parade Ahead.” The parade moved at 5 mpn to the south end of the road.

Rappeport said she expected a reprimand for slowing traffic, but noted that people either turned down Cross or Brook Road or pulled over and got out to enjoy the fun.

“All this week people along the road have been commenting on how much fun it was to see and how happy it made them – which was really our end goal,” she added.