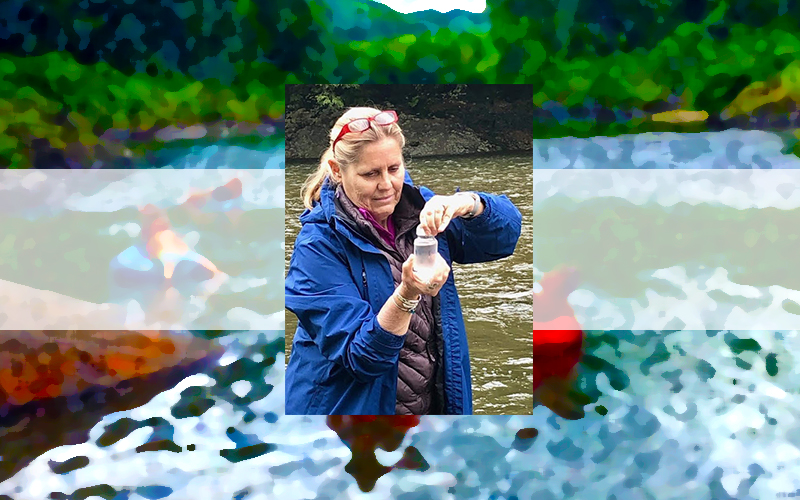 Armed with coolers packed with sterile sample bottles and other field equipment for 36 years, usually six times every summer, volunteer citizen scientists have set out to approximately 30 sites on the main stem and tributaries of the Mad River collecting water samples. Analyzed in laboratories, the samples yield data on biological, chemical and physical conditions in the Mad River’s waters.

The body of water quality data collected through Mad River Watch is unparalleled in Vermont. This longest-running program of Friends of the Mad River (FMR) has had broad reach in educating and influencing the community about public health and safety as well as environmental harm. It has provided data for municipal decisions and has documented long-term changes in the watershed. Mad River Watch (MRW) has been successful throughout the years in identifying sources of pollution and working with landowners, municipalities and funding agencies to resolve them. In celebrating successes of MRW, FMR is also looking ahead to see how it may change to address new challenges.

Mad River Watch launched in 1985 as part of the River Watch Network, founded with the goal to inspire local people to revive their own rivers. Initially, MRW was sponsored by the Winooski Conservation District. Jack Byrne, director of River Watch Network, reached out to Harwood Union High School biology teacher John Kerrigan to oversee the laboratory for processing local samples.

“Mad River Watch has had a major impact, not just in making people aware of the Mad River, but on students -- they had hands-on experience and access to professional equipment. It inspired many to careers in science,” said John Kerrigan recalling early years of MRW. Originally, testing looked at fecal coliform, bacteria that lives in the intestines of animals and humans. Later, testing shifted to E. coli, a specific type of fecal coliform that is mostly harmless but can sometimes cause illness.

Kerrigan managed the lab for several years along the way with the team at Sugarbush Utilities who handle the resort’s water and wastewater systems. When Friends of the Mad River moved to the Wait House, an in-house lab was established to analyze E. coli. Between 2006 and 2019, samples were also analyzed in a state lab for turbidity and nutrients like phosphorus and nitrogen.

The heart of the program has always been dedicated volunteers who develop relationships with their sampling sites and build expertise observing river conditions. “Volunteering for Mad River Watch solidified my connection to the river and its tributaries. Those early Monday mornings brought back memories of my sons playing in the river 40 years ago,” said longtime sampler Fran Plewak. “I’m not a scientist but participating in scientific research that benefited The Valley felt good."

One of MRW’s goals has been public health. “We know that community members want to safely enjoy all the river offers, and they’ve looked to Mad River Watch to inform their recreational decisions,” said FMR executive director Corrie Miller, noting that swim holes have always been sampling sites, but that sampling offers only a snapshot of conditions when the sample was collected.

Results of E. coli bacteria levels posted in The Valley Reporter, online and on signs at swim holes educate the community about conditions that are not suitable for swimming -- levels greater than 235 colonies/100mL, according to the Vermont Department of Health, though the accepted level has changed through the years. Postings raise awareness of conditions that can lead to elevated pollutant levels -- failing septic systems and runoff from roads, farms and backyards.

“The best rule of thumb is to avoid swimming after it rains,” said Miller, underscoring the pollutants that runoff brings off the land to waterways. “Water quality tells us how well we’re doing as stewards of the land.”

In 2016, Fritz Gerhardt, PhD, did a detailed analysis of 30 years of MRW data. (See friendsofthemadriver.org). Among his findings were that 15 years of pH testing, measuring acidity or alkalinity of water, showed the river becoming increasingly acidic up to 1995. After 1995, levels rebounded to healthier levels. This followed implementation of the Clean Air Act, improving air quality and decreasing acid rain.

MRW data have identified “point” sources of contamination such as failing septic systems and disposal of animal waste, providing opportunities for FMR to work with property owners to correct them. Data have informed decisions about septic regulations and community infrastructure. Water quality results indicating failing systems in Warren Village were among evidence that helped the town get an Environmental Protection Agency grant for the village’s sewage system built in the early 2000s.

This summer, with COVID-19 and changes in available state lab testing and funding, MRW is trimmed down, sampling at just the 12 swim hole sites. These changes allow FMR to look ahead and plan next stages for the program.