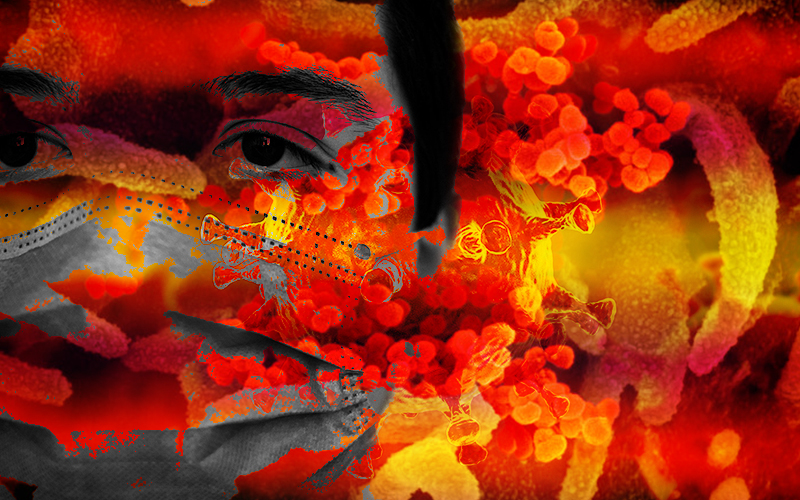 How are people whose spouses and partners are immuno-compromised going to be able to return to work and keep loved ones safe?

The Valley Reporter asked that question of Vermont Health Commissioner Dr. Mark Levine at one of Governor Phil Scott’s recent press conferences. Levine said without knowing the specifics of the immune-compromised person, he could not offer specific guidance, but he did suggest reaching out to one’s primary care physician for guidance.

The Valley Reporter reached out to one local couple in their early 60s who find themselves in a similar situation. Their identities are being kept private to protect private medical information as well as employer information. They’ll be referred to as John and Jane Doe in this article.

John works in The Valley and has a systemic illness that has resulted in significant damage to his lungs. The condition also affects his heart. Jane Doe works as a middle school teacher in Chittenden County where her school currently plans to return to in-person teaching two days a week with three days a week remote.

This couple reached out to school leadership and his pulmonologist seeking basic advice as to how they can safely interact with each other, share a household and share a life. What they got were not a lot of answers and some legalese, but nothing to tell them if they should wear masks when around each other and nothing to advise them on whether they could or should eat meals together.

Jane Doe sent an informal email to her administrative team on August 4 and didn’t get a response until August 11 in which the team said they hadn’t seen any medical documentation and suggested that Jane’s situation doesn’t meet ADA requirements.

“Then the email talked about PPE and said that his doctor may suggest I should wear additional face shields or gowns, etc. They gave me more information with paperwork for John’s doctor to fill out to see if I qualify for leave under the Family Medical Leave Act,” Jane said.

“When I read it carefully, doesn’t really seem there’s something in FMLA that protects the able-bodied person. I don’t need to take care of him, I just need not to kill him,” she added.

They reached out to John’s pulmonologist who provided them with a letter that details his health issues and notes that while COVID-19 can be found in tissues throughout the body during severe illness, it points out how incredibly damaging it can be to the heart and lungs.

“Due to Mr. Doe’s medical condition I would consider him to be at high risk for complications from COVID-19. I would fully support all efforts to reduce potential contacts. In that vein, precautions with his close household contacts (currently his wife, Jane) to reduce their exposures will further help to limit Mr. Doe’s risk moving forward,” wrote a UVMC pulmonologist in an August 13 letter.

Jane Doe needs to mail the letter to her team leader. This week, on Sunday evening, August 16, she received an email that said based on the fact that she’d made a claim for ADA support that was declined, she was going to be allowed to work remotely this week and that decisions going forward would be made on a week-by-week basis.

That lack of a specific plan scares the Does.

“We have no idea. We don’t know how this is going to go and we’re scared to death,” Jane said.

She said a lot of her colleagues were in a similar position and she pointed out that it’s not uncommon for Vermont’s teachers to work in a town other than their hometown.

“All our schools include teachers from many other communities so it’s not just Fayston residents or Chittenden County residents. Those teachers might be members of multigenerational families. Are we really thinking about exposure enough?” she asked.

“I’ve tried to talk myself down from the edge every day since March, to believe that my district is going to take care of me. I have to trust and felt grateful that they finally gave me a reprieve while they’re figuring it out and trying to make decisions that are based on individual need,” Jane added.