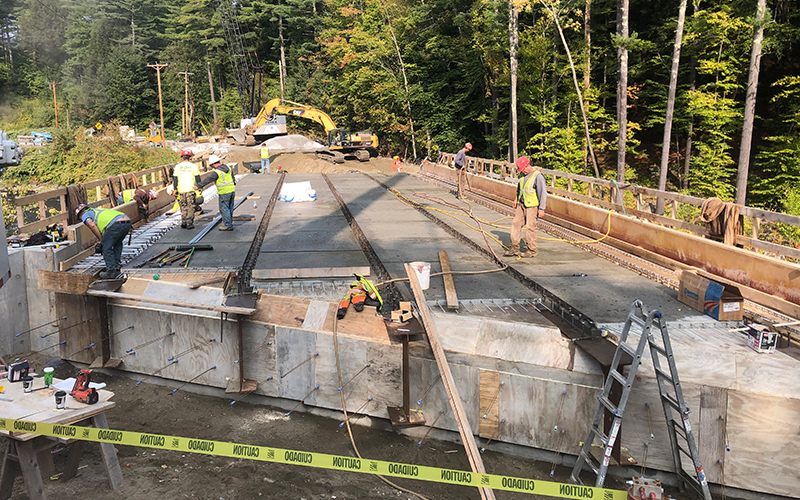 The Valley Reporter caught up with Moretown’s municipal project manager John Hoogenboom for a Q&A on the many road projects going on in town. Here’s what he had to say:

VR: From the town's perspective how is the triple road project going?

The triple road project has been going well. The sidewalk is now complete, and Pike is applying the final coat of asphalt. As far as I know the bridge project is on schedule.

VR: How are things on Pony Farm Road? How are you dealing with the excess traffic?

Initially, we had some issues with tractor trailers having difficulty maneuvering Pony Farm Road, but we worked with AOT to improve the signage at Exit 9, and it has no longer been an issue. Sasha has worked with Trevor with general traffic issues with additional signage on Pony Farm/North Roads.

VR: Is the sidewalk project on track for a timely finish? When is that supposed to be done?

The sidewalk is finally done!

VR: What are townspeople's opinions on all this work?

We have received very favorable feedback from residents for both the results of the project and all the parties involved in its construction.

Of course, we do have emergency concerns, especially with ambulances, but there has been mutual cooperation of all parties to minimize any negative result.

VR: Is there anything else the public should know about construction in Moretown?

We have received many questions regarding the west side of Route 100B. We do have a grant for constructing a sidewalk on the west side, which hopefully will be completed by the summer of 2022. In the meantime, Pike has milled the old asphalt sidewalk, which was in somewhat hazardous condition and replaced it with a wide shoulder.