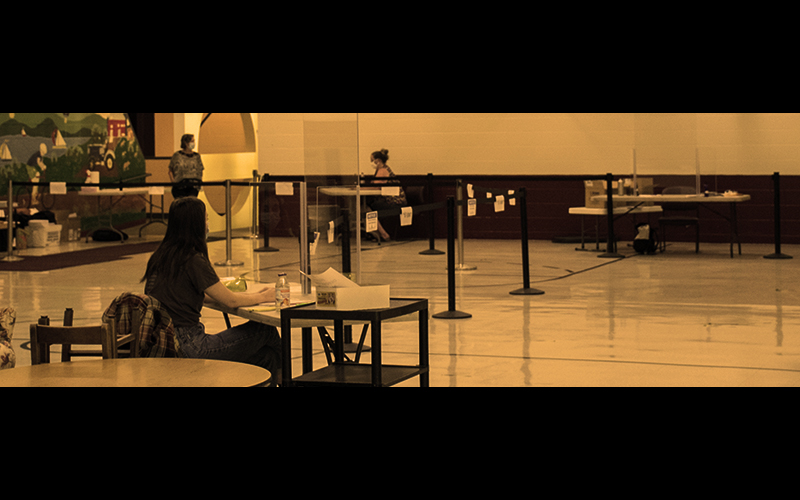 As the November Election approaches, town clerks and their volunteers are readying themselves for a mid-pandemic election. While all voters in Vermont will have received mail-in ballots, voters still have the choice to vote in person.

In-person voting in Warren this year is going to be different than last year. Town clerk Reta Goss has decided to move polls from Warren School to the Warren Town Hall. “I was just really nervous about the school children around all the voters,” she explained, nervous about possible COVID spread. In Warren, there are drop-off boxes at the front door of the town office, as well as the back with a ramp for those who need it. “If you do not get your ballot by October 7, call the town office and we’ll will get you a ballot,” said Goss.

Although Goss said that she loves volunteers, she already has a team from the primaries in August that is well-versed in their various jobs. “’I’m trying to keep people in a very small, efficient group,” said Goss, who does not want any unnecessary contact to occur. Community members can still offer to work the election, but know they might not be needed, she said. According to Goss, poll workers, who work in four-hour shifts, make slightly more than minimum wage. Goss can be reached at 802-496-2709.

Waitsfield is also taking volunteers; however, there is still time before the election so specifics about job openings are not known yet. The best option for people who want to volunteer is to reach out to town clerk Jennifer Peterson at 802-496-2218. Peterson said that election day is a long day (7 a.m. to 7 p.m.), so when accepting workers, she often asks people how long they are willing to work for. All the people working are paid minimum wage and get free lunch if they are working lunch hours.

Voting in Waitsfield this fall will still take place at Waitsfield School. When voting at the school, Peterson says people should be aware that only three people at a time will be allowed in the gym to vote. The only exception is for families who live together. Families are allowed to vote at the same booth, which allows up to four people to vote simultaneously. There is also going to be one-way traffic flowing through the gym.

The jobs that are available in both towns are standard for elections. One person keeps a list of voters and marks them when they go to vote at the front, another does the same when people exit the building, a third person hands out the ballots and a fourth person watches the Tabulator (a vote counting machine). This last position is usually filled by someone who’s had experience doing the job at previous elections.