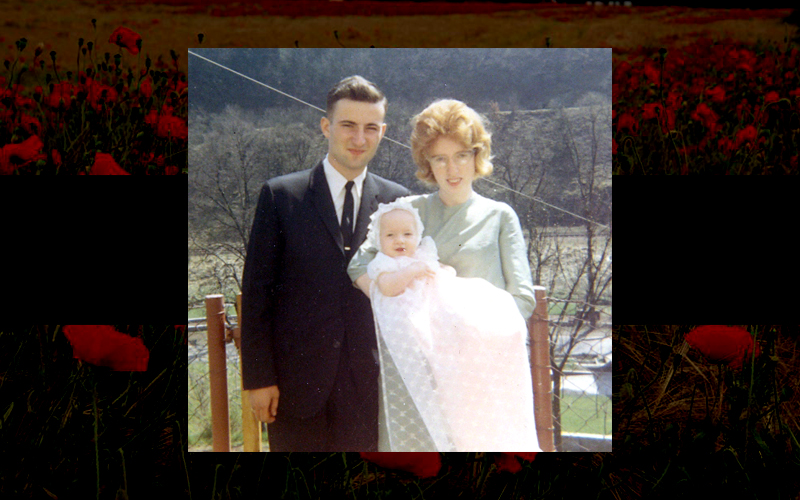 Vince Gauthier graduated from high school and worked in The Valley for the summer before enlisting in the U.S. Army for three years.

‘Everything I’d done here in The Valley was good up to that time, but I needed something further in terms of getting out into the world,” Gauthier, Waitsfield, said.

Gauthier did his basic training at Fort Dix in New Jersey and from there went to Fort Jackson, South Carolina, for advanced infantry training. He was routed back to Aberdeen, Maryland, for 12 weeks of working on trucks, armored personnel carriers and tanks. After that he was assigned to Baumholder, Germany.

He and his wife Diana were high school sweethearts. While he was in South Carolina she came down and they got married. She moved with him to Maryland. They found out she was pregnant before he went overseas and the original plan was for her to remain stateside, but she became the first bride in the group to join her husband in Germany. Their daughter Julie was born in Germany.

“We paid $50 a month for our housing and I was paid $95 to live off post,” Gauthier said. He and Diana and. Julie were able to travel throughout Europe during that time.

Gauthier said that his service was valuable for many reasons, including broadening his horizons, but also, he was able to get an education and was paid for his time and didn’t come out of the stint with massive student debt.

He went through an electrical apprenticeship for four years on the GI Bill where his $5 an hour wage was bumped up to $9 an hour thanks to the GI Bill.

He made good friends during his time in the service and recently lost one of them to Lou Gehrig’s disease (ALS). He has another good friend from the service who lives in Erie, PA.

“I mail him maple syrup and he mails me fish from Lake Erie. We’ve stayed in touch,” Gauthier said.