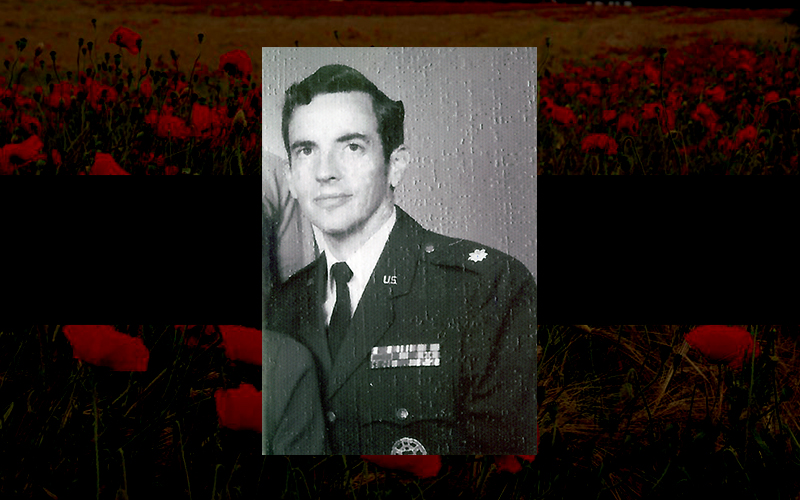 The potential to fly airplanes drew Bob McMullin to the Air Force. The international adventure caused him to stay.

“I wanted to fly in the Air Force but wasn’t able to because I didn’t pass the flight physical,” he said. However, this didn’t deter McMullin from joining the military. McMullin was patriotic from an early age. “I was a Cub Scout and a Boy Scout when I was a kid. I think it helped instill a feeling of patriotism,” said McMullin. This patriotism only grew in college when McMullin joined the Reserve Officer Training Corps (ROTC). “I have always felt like we need to be prepared to defend our country,” he said.

With his family, McMullin served three-year tours of duty in Spain, Italy and Germany. His wife, Beverly, whom he met in high school on Long Island, had their second child while abroad in Spain. “I remember we didn't get moving to the hospital in time. Fortunately, an American doctor lived down the street. I ran down to his house and said, “My wife’s having a baby!” and when we got back to the house, the baby was already there. He said, “Well, nothing for me to do now!”

In Italy, McMullin spent much of his work time traveling throughout northern Italy. “As commander of a communications squadron, I had responsibility for the operation of 15 small sites in northern Italy, as well as the base communications and air traffic control functions of the air base at Aviano, Italy,” said McMullin.

Five of the radio relay sites McMullin had to visit were on mountain tops. “This is all before satellite communications were available,” said McMullin. “It was not so easy to get to these locations. To get to the sites sometimes you had to take a cable car or a chairlift. There was one site that was accessed by walking up a tunnel of 1,000 some steps inside a mountain!”

At home in the states, McMullin spent three years working at the Pentagon. There he worked for the Organization of the Joint Chiefs of Staff doing planning for communications work for Southeast Asia during the Vietnam war.

Eventually, in 1966, McMullin left his family behind to serve in Vietnam. “The military provided us with a housing allowance, but we had to find our own housing,” he said. McMullin ended up in a hotel in downtown Saigon where he shared a room with three other officers. “It was about a 30-minute walk from there to my office at Tan Son Nhut Air Base, where we worked seven days a week,” said McMullin.

Despite these challenges, McMullin felt grateful not to be in the constant danger that so many Army and Air Force personnel in Vietnam experienced.

When asked if there was any animosity between the Americans and the locals, McMullin said, no. “The civilians were certainly the victims of the whole thing. It was the communist North Vietnamese versus the South Vietnamese, and we were there to help the South. The Chinese were helping the North. It was a bad situation all around.”

After 20 years of military service, McMullin and his wife decided it was time to settle down. Having been on many ski trips with friends to Vermont, they decided Vermont was the place to do it. “We liked the way Vermont looked and felt when we were on those ski trips.”

The couple bought Mad River Stables in Moretown in 1977. “My wife is the horse lover. We were there until nine years ago. We were there for over 30 years,” he said.

In the end, McMullin got to live his dream too. “As soon as I got out of the service, I went ahead and got a civilian pilot’s license,” he said. He then flew for the state of Vermont as the manager of Vermont’s 10 state airports and as Vermont’s aviation administrator for 12 years.