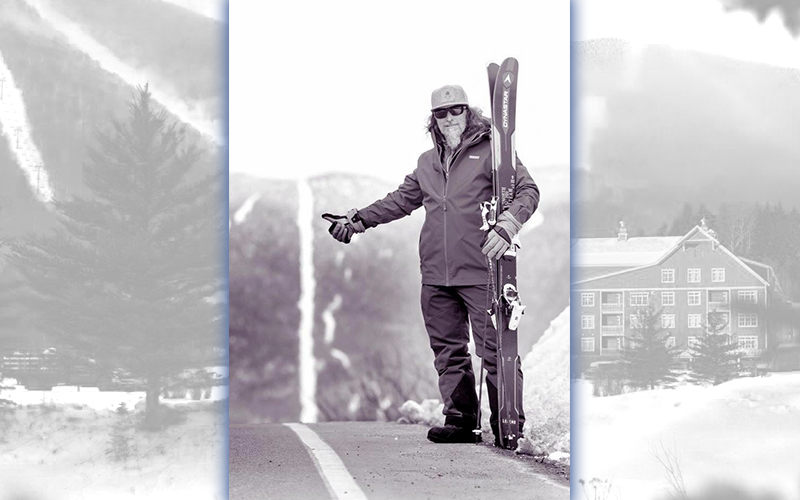 Petitions and emails protesting the elimination of John Egan’s position at Sugarbush are circulating and receiving a lot of attention on social media. Extreme skier John Egan, Moretown, is well-known in his role as chief recreational officer at Sugarbush as well as his instruction, presence at trade shows and his many appearances in Warren Miller’s movies.

“Sugarbush informed me that it eliminated my position. I am sorry to be leaving Sugarbush after over 40 years of working at the mountain. I am grateful for the incredible support I have received from the community,” Egan said in a prepared statement.

“This year Sugarbush has, understandably, had to make many difficult decisions in the wake of COVID-19. These include many operational and strategic changes, affecting all of our employees at the resort. In September, we made the very difficult decision to eliminate the position of chief recreational officer in which John Egan had served. John has been a core part of developing programs and promoting Sugarbush for years, but given some of our operational changes this season due to COVID, that position as previously structured no longer made sense. We are disappointed that John has opted not to pursue other roles at the resort this winter, but we know that he will always remain an important part of Sugarbush’s history and has left an impressive legacy in the many years he has spent here. We wish him the absolute best on his future adventures,” Sugarbush wrote in a prepared statement.

The Change.org petition praises Egan’s historic role at Sugarbush, calling him “the guardian of the culture of our beloved resort.” It seeks 2,500 signatures and had 2,050 as of November 11.

“So, we respectfully ask you to reconsider your decision, to listen to the many voices coming forward, and understand that Egan is an invaluable member of your team and the broader community,” wrote petition organizer Nicole Downer.

Downer reached out via email and shared a 12-page PDF with comments about the elimination of Egan’s position. The comments were made between October 30 and November 5 and uniformly express support for Egan. Some comments take Sugarbush and its parent company, Alterra, to task for the decision.

“John is the worldwide face of Sugarbush which is much more than just going up and down the mountain. We know there are plenty of problems but not having John connected and being at Sugarbush will only make the problems harder. We need John even more than we need snow,” wrote Michael Sharkey of Waitsfield.

"Alterra made a big deal about not messing with the culture of their resorts, as opposed to the Vail approach. John is, quite literally, a huge piece of Sugarbush’s culture and its soul. We’ve been lucky to have him. C’mon Alterra, don’t be that guy,” commented Charles Stone of Madison, CT.

Robert Means, Melrose, MA, wrote: "Johnny's role as a connection point between youth and their aspirations, as guide to performance skiers exploring their potential and as an ambassador for Sugarbush is of such great value it is astonishing that Alterra even considers his termination."