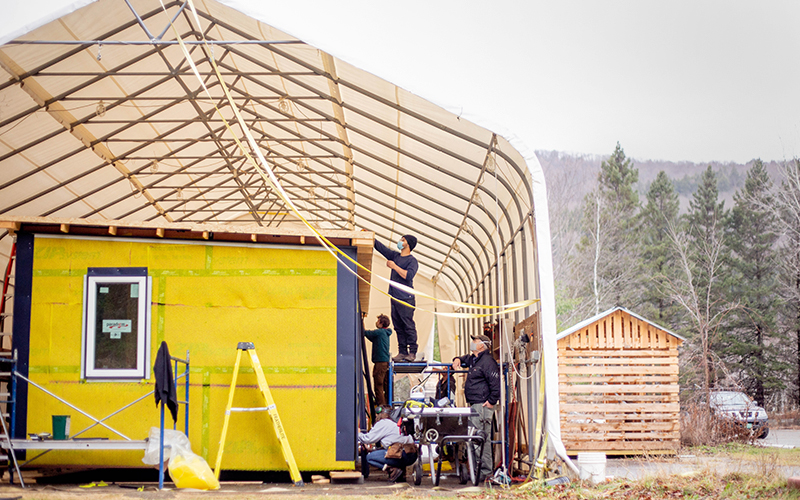 This fall’s Yestermorrow/UMASS-Amherst Semester in Design/Build students built an 850-square-foot-not-so-tiny house for less than $65,000.

Mac Rood, Waitsfield, was one of the instructors and last month at a tri-town leadership meeting focused on tackling the issue of housing in The Valley reported the feat, noting at the time that the cost was projected to be less than $70,000. When interviewed this week, he provided updated cost figures for the house.

Rood pointed out that the house was built by student labor and further noted that the people who commissioned the house still needed to do site work plus water and wastewater and electricity. But still – those present at the tri-town leadership meeting were encouraged that it might be possible to creating housing at something resembling affordability. 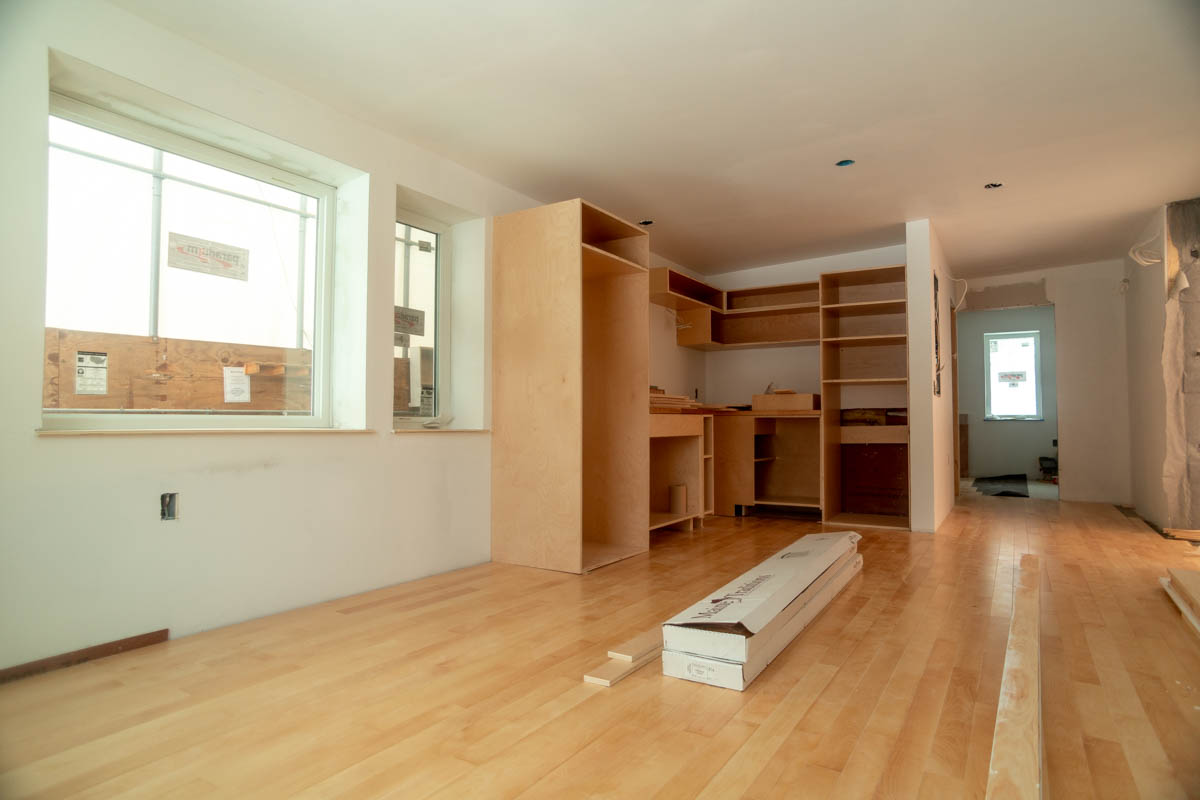 The house was commissioned by a former Yestermorrow student who had taken the design/build class in the past. That student now lives in Sharon and the house will soon be towed south.

The house is basically two boxes, Rood said. The outside dimension of the living space is 14-by- 38 feet. That piece is attached in an L-shape to a second piece that is 14-by-23 feet. The width is dictated by what can be trailered on the road. The unit is super insulated with double wall construction, the walls are R40 in terms of energy efficiency and the ceiling is R60. It has a bathroom with shower, sink, toilet and an open kitchen/living area.

The kitchen is sized for a 24-inch fridge and a 30-inch stove. The cost of those appliances is not included in the cost of construction. The house is heated with an air source heat pump and heat exchange.

“One of the limiting factors was that it had to move which limits every dimension except length. If we could build units like this onsite, which we’ve done for some of the semester courses, the design could be more free flowing,” Rood said.

Rood said that the main reason the cost was so low was because students are providing the labor and he said that the school tries hard not to take work/projects away from local contractors. He also said that it might be possible to build houses like this onsite that might come in at $100,000 to $125,000 or $150,000 without site work for wells, wastewater etc.

Those who built this 850-square-foot house arrived in August and completed their semester on December 11. Students spent the first four to five weeks consulting with the client and designing the house, reducing the designs from 12 to one. They built the two-piece house in the next 10 weeks.

Yestermorrow executive director Britton Rogers said there were 12 students all of whom came from the UMASS undergrad program, some in liberal arts, some in engineering, some studying architecture. The class is taught by Rood, Anastasia Lorenzi and Eva Hogue is the TA. Five students stayed in the dorm at Yestermorrow, four were at the Featherbed Inn and three were at the Mad River Lodge.