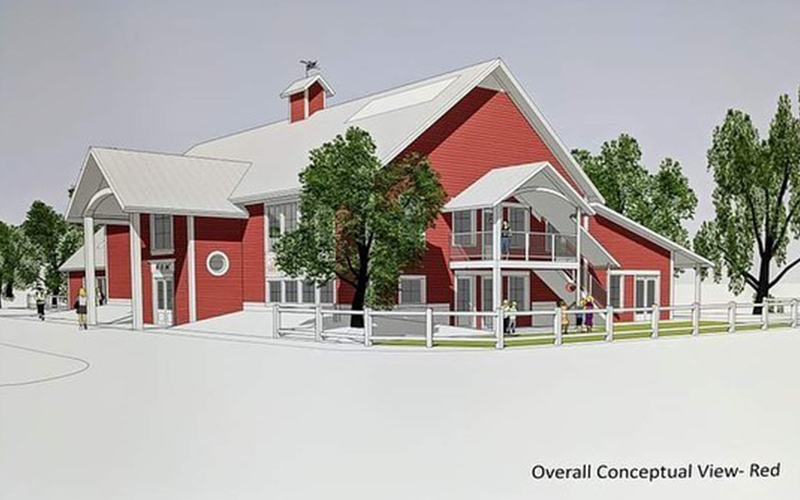 Neck of the Woods (NOW), a nonprofit child care center in Waitsfield, purchased the former Small Dog Electronics building on Route 100 in late January. The Mayer family -- Don and Grace, and son Hapy -- sold NOW the 11-acre campus and buildings for $500,000. The Mayer’s original asking price of $750,000 was discounted in support of NOW’s mission: to provide strengths-based care, play and learning to local children and help guide their development as healthy, positive, resilient members of the community.

NOW currently operates a prekindergarten program, an after-school program, and a Wednesday outdoor education program for 54 families. Fifteen families are on wait lists for both the outdoor education program and the upcoming infant/toddler program. NOW began as Moretown Education Center for All (MECA) in 2012, then based in the Moretown Elementary School, and has expanded to try to meet the child care needs of local families. According to a January 2020 study performed by Let’s Grow Kids, a nonprofit group working to solve Vermont’s child care crisis, in Washington County alone, 88% of infants, 80% of toddlers, and 75% of preschoolers likely to need care do not have access to high-quality programs.

While NOW has just acquired a campus large enough to host current and expanded programming, the NOW team is preparing to temporarily move its outdoor education and after-school programs to alternative locations to accommodate a federally-mandated public water system ordinance. Child care centers larger than 24 people are required to be on a public water system. NOW has been working with Clearwater Filtration on the design and construction of such a system -- with an estimated cost of $100,000 -- but their timeline is running out. While NOW was designated as a governor’s remote learning site during Vermont’s state of emergency (which allowed them to operate despite the federal mandate), they are being told that their timeline for installing a public water system is set to expire in late February. The NOW team has several options. It can reduce its numbers to 24 (including staff and students) and the team is currently seeking a second temporary location until the water system can be installed in early summer.