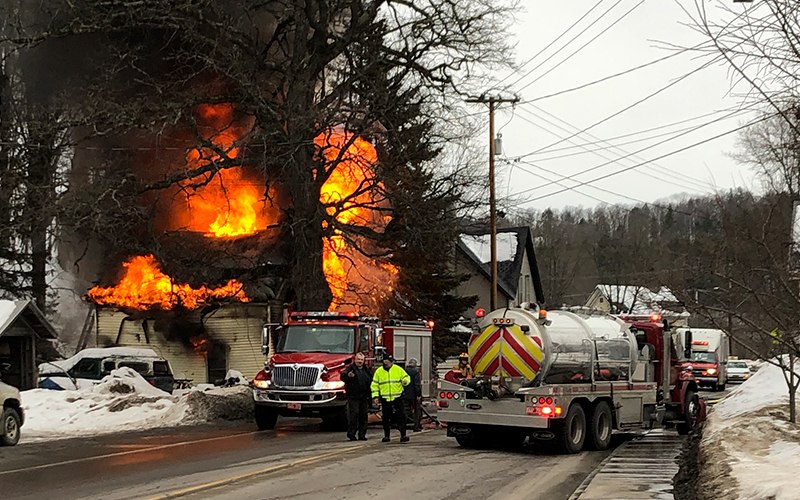 Vermont State Police report that the cause of a fire in Waitsfield Village on February 24 at 3:30 p.m. was a chimney fire. 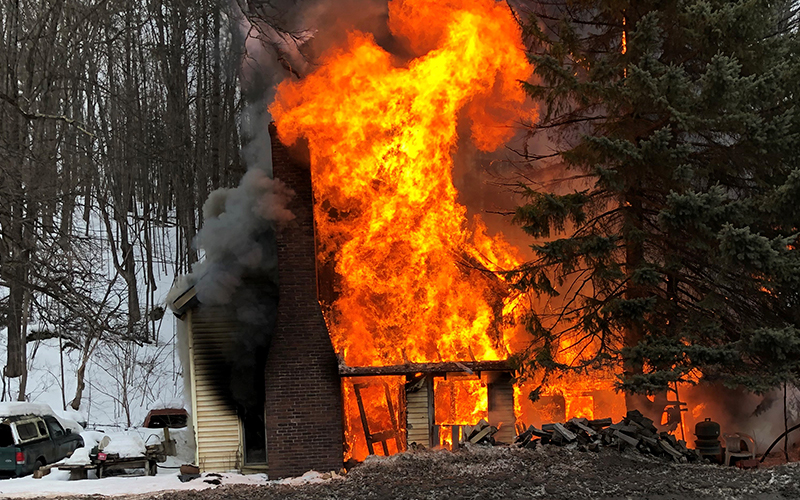 On February 24, 2021, at approximately 3:30 p.m. the Waitsfield Fire Department was dispatched to a reported structure fire on Main Street in Waitsfield. Upon their arrival the found the single-family home engulfed in flames. Fire chief Tripp Johnson requested assistance from the Department of Public Safety Fire and Explosion Investigation Unit in determining the origin and cause of the fire.

The investigation revealed that the homeowner was at home when he noticed the smell of smoke. He discovered that the chimney for the wood-burning stove was plugged and he attempted to clear the blockage. Once the blockage was clear, he noticed smoke and then fire coming from the eave on the south side of the residence. The scene examination determined that the fire began in the chimney at the rear of the home and spread into the roof system. The chimney had not been serviced and the condition of the wood-burning stove could not be evaluated because the structure was extensively damaged.

There were no injuries resulting from the fire. The home is considered a total loss estimated to be $150,000. The homeowner is being assisted by friends in the area and the fire chief was establishing a connection with the Red Cross for the homeowner.