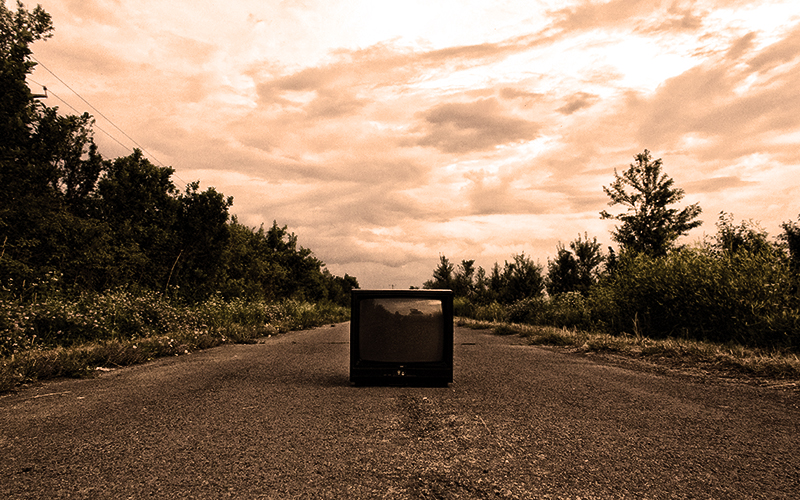 Cable television subscriptions are declining and it’s jeopardizing Mad River Valley Television (MRVTV), The Valley’s public access television station. According to a new Pew Research Center survey of U.S. adults, the share of Americans who watch television via cable or satellite has plunged from 76% in 2015 to 56% in 2021. In The Valley, MRVTV board members have noticed a 7% yearly reduction in cable income over the past two years due to cord cutting. If this trend continues, MRVTV will likely be out of business within the next four years.

“People are cord cutting. They’re dropping cable and choosing to pay for streaming services,” said Rob Perry, executive director of MRVTV. While MRVTV derives some income from donations and sponsors, the majority of MRVTV income comes from a cable grant that supports public, educational and governmental (PEG) access channels.

MRVTV receives 5% of Waitsfield Cable’s revenue, a fee which is passed through to subscribers in their monthly bills.

“The grant is based on the number of people who buy cable,” said Perry. “As cable use declines, our income declines.”

Those interested in local politics use MRVTV to watch select board meetings from any of The Valley’s five towns: Waitsfield, Warren, Fayston, Moretown and Duxbury. Municipal and school board meetings are posted daily to the MRVTV website, in addition to being broadcast on Waitsfield Cable’s channels.

However, MRVTV offers much more than just local governmental meeting recordings. The channel also records Harwood sports, local concerts and lectures from neighboring colleges and even lets Valley residents host their own shows.

For instance, Waitsfield resident Rob Williams uses the MRVTV studio, located in the Village Square Shopping Center in Waitsfield, to record his health and wellness show “Peak Flow,” which covers everything from mindful breathing to the benefits of ice-plunging. Similarly, Valley resident Anna Nasset uses the studio to host “The Mend,” a crime survivor show that features in-depth interviews with survivors and victim support experts and offers resources on how to move forward after an incident.

MRVTV’s most popular video as of late was the Waitsfield candidate forum in which Valley Reporter editor Lisa Loomis publicly interviewed candidates running for select board seats in Waitsfield. The video received over 600 views from online streamers alone.

One surprising hit on the MRVTV website is the Waitsfield covered bridge live-cam, which provides 24/7 video coverage of the covered bridge in Waitsfield. “People tune in from all over the world!” said Liz Levey, MRVTV board member.

“There’s no other service like that. There’s nothing else like this, covering hyper-local events,” said Levey. Perry pointed out that in addition to covering local events, the channel serves as an aggregator, bringing all these events together in one place “We connect the community,” said Perry.

Currently, all MRVTV programs are available online for free. MRVTV doesn’t have commercials but it does fundraise via sponsorships. However, this may change as cable subscriptions continue to drop in the future.

“The cable grant has given us adequate cash flow in the past, but we’ll be drawing from our cash reserves starting the next year,” said Levey. “The question is, how will we get through 2022 through 2025 and still be standing?”

Levey and Perry have considered four different future fiscal scenarios for MRVTV. The first is the “Do nothing,” scenario. If MRVTV continues to operate as it is now, it is expected to run out of cash six months into 2024.

The second fiscal scenario is the “try really hard to grow income streams” scenario. If MRVTV grows its non-cable grant income by increasing sponsorships and fundraising income over 20% each year, MRVTV is expected to run out of cash in six months into 2025.

The third fiscal scenario is the “tighten our belts” scenario. If MRVTV cuts expenses by merging its two salaried positions into one position, sharing studio rent with another party or eliminating the studio space entirely, the channel might have enough cash reserves to last until 2029. “Rent and payroll are our biggest expenses,” said Levey.

The last fiscal scenario is the “Hail Mary,” scenario, or the miracle scenario. Hypothetically, if MRVTV were to tap into a new source of income, it could survive well into the future. This income could come from state subsidies or individual memberships. For instance, MRVTV may create a live stream pay window in which community members must pay to see a meeting being broadcast live over the internet.

However, plans to charge community members for access to MRVTV videos have not been set in stone. “Our plan is to digest a little, brainstorm, land on direction by the fall,” said Levey.

The Vermont Legislature is aware of the consequences of cord cutting and the last session commissioned a study of public access channels in the state. That study produced a report that spelled about a variety of potential state options to address the issue and keep public access stations on the air. The Legislature has not taken it up this year.

In the meantime, both Levey and Perry have suggestions for how the community can help MRVTV stay afloat a little longer. Community members can donate to MRVTV fundraisers, donate directly to the station or simply shout their appreciation and access MRVTV content. Businesses can sponsor the station programming and the Waitsfield covered bridge webcam.

Levey joined the MRVTV board 10 years ago, and has been a dedicated board member since. “I got hooked. I recognized that this niche that we’re in is entirely unique,” said Levey.

Perry on the other hand, is new to MRVTV, having started his work as executive director in October 2020 after retiring from a career in the software business. “It seemed like a great way to serve the community and meet people in the community,” said Perry.

Both Levey and Perry are hopeful that MRVTV will live long into the future. “We want to maintain as much as we can of what we’ve built,” said Levey.