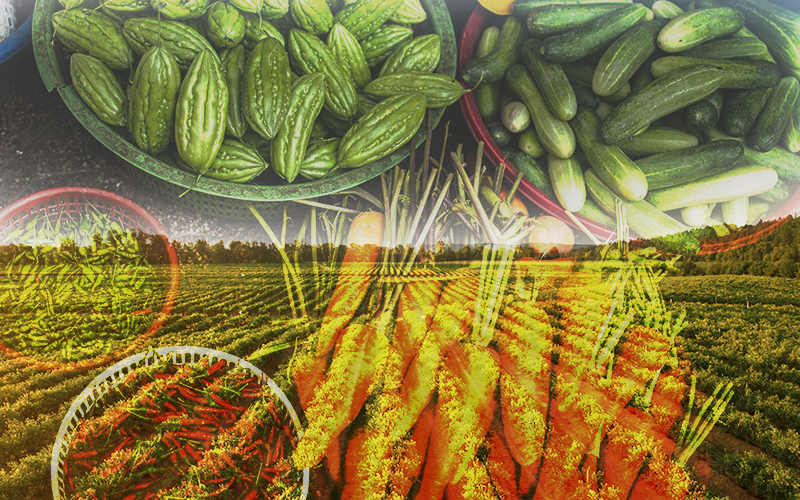 According to Theresa Snow, founder and director of Salvations Farms, an estimated 14.3 million pounds of Vermont vegetables and berries were left in the fields in 2016. That figure does not include orchards or proteins or surplus milk she noted.

Salvation Farm, Morristown, is a federally-recognized nonprofit with a mission to build increased resilience in Vermont’s food system through agricultural surplus management through gleaning and other practices.

“We work with farmers and partners in Vermont to identify ways Vermont can make better use of the food it produces,” explained Theresa Snow, Salvation Farms founder and director

“We look at the supply chain and try figure out what we need to do to get the food off these farms and to places where people can eat it,” she added.

Salvation Farms has its own volunteer gleaning program and works with regional gleaning programs throughout the state on moving the gleaned foods to food shelves, senior meal programs and other programs.

“Some of what we’ve done is look at taking larger volumes, cleaning and packing food or minimally processing it and making it available for food shelves, food programs, institutions such as Vermont’s prisons. In addition to working with volunteers, our work involves workforce development for people who face a variety of barriers to employment,” she explained.

“We’re working at a systems level versus a symptom level,” she added.

Asked how Salvation Farms gets the 14.3 million pounds of unharvested food to people, she said they don’t get it all and in fact were only able to capture an estimated 10%.

“There’s a reason why that food is not harvested. It’s not economical for farmers to harvest or the market is saturated, like with zucchini in the summer or the butternut squash has a soft spot. There’s only so much of this food that can be rescued and put into the food system in Vermont. And that includes organizations like us and the Vermont Gleaning Collective and the Vermont Foodbank,” Snow said.

Salvation Farms Aid returns for the second time with the benefit concert this year at Camp Meade; the gates open at 11:30, music starts at 12:30, a $30 show, free for those under 12.

At Camp Meade on the day of the show, in addition to the live music, there will also be a silent auction, featuring -- among other things -- a framed concert poster from Phish signed by all four band members, a collection of books from Chelsea Green Publishing, and more.

Salvation Farms Aid will also feature a Local Abundance area where ticketholders can learn from folks immersed in topics like gardening, traditional foods, eating for wellness, foraging, caring for our soils and herbalism.

To learn more and for tickets, visit www.salvationfarms.org.