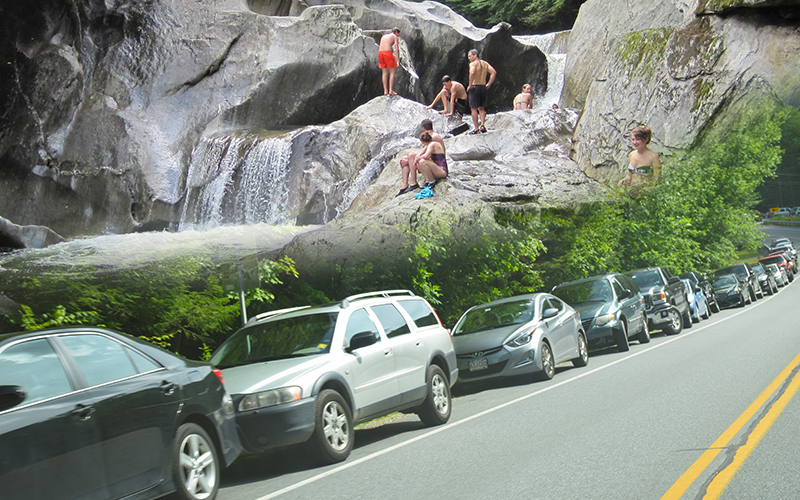 This summer, the Warren Select Board discussed the perennial issue of parking at Warren Falls. On a summer day, dozens of cars can be found parked alongside Route 100, many encroaching on the road and causing safety issues for both pedestrians and passing vehicles. Last year, there was a collision between two vehicles at the site.

This summer, the select board asked local public safety officers Gene Bifano and Jeff Campbell to explore what it would take to issue parking tickets to cars parked in the road. As Route 100 is a state highway, the town would have to ask the VTrans traffic committee for permission to issue traffic tickets.

The town could get a book of tickets from the state police and tickets could be adjudicated locally. The issue, Bifano said, at a September 22 select board meeting, is determining who would manage the tickets, how the information would be stored and who would go before the judicial bureau if someone contests a ticket. State statute says the police chief would defend parking tickets, but there is no police chief in The Valley. Bifano said someone could be assigned that role.

The select board asked Bifano and Campbell to talk to the Vermont League of City and Towns and the town’s attorney to determine what would be needed to approach VTrans with this request to issue parking tickets and to decide who would adjudicate them. The select board would have to vote to implement the new policy to instruct the town constables to issue parking tickets at Warren Falls.