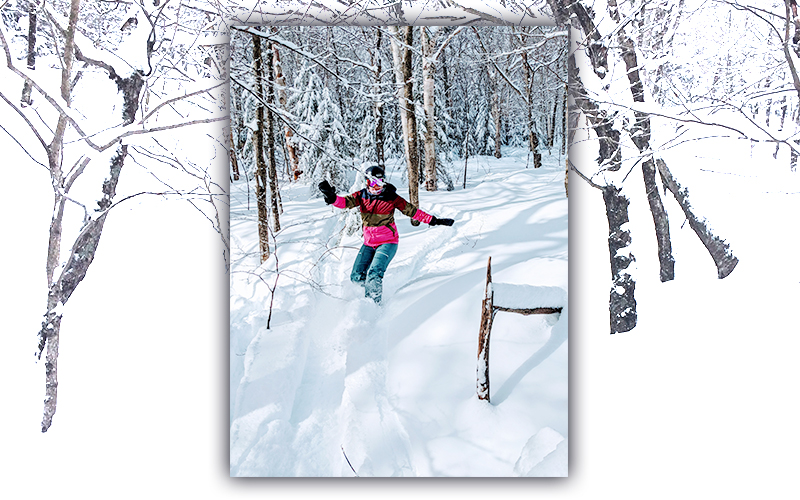 After a slow start to the season, late last week ski resorts throughout central and northern Vermont finally got what eager skiers have been waiting for -- snow. Sugarbush Resort’s website says the mountain received 19 inches of fresh powder from Thursday through Saturday. Word got out -- Friday morning the line of traffic to get to Sugarbush’s Lincoln Peak wound all the way down the Sugarbush Access Road. It took this reporter about an hour and a half to get up from Waitsfield Village to Lincoln Peak, beginning around 8:45 a.m. By 10:15 or so, E Lot was full and cars were being routed to the F overflow lot.

The Super Bravo lift got busy quickly, but Valley House and Gate House were a little less crowded. For the first time this season, Stein’s run was nicely coated with fresh powder and skiers and snowboarders worked their legs through its moguls. Some of those present had to get to work after a few runs, while weekend warriors seemed to have arrived early and, with school out, local kids hit the slopes.

Locals and tourists alike headed up to the mountains early on Saturday. By 8 a.m. at Mt. Ellen, parking was already getting tight and by midday cars lined the road back to German Flats. With Inverness and North Ridge lifts opening at 9 a.m., lift lines at GMX started off long, but spread out as the morning wore on. By mid-morning, this reporter had migrated over to Inverness, where kids wearing the tell-tale green GMVS jackets bombed down the nicely-packed Inverness trail, whooping and getting air off moguls under the lift.

For more intrepid skiers and riders, last weekend was the first of the good off-piste skiing, now that there was finally a considerable base in the trees topped with deliciously soft snow -- and a lot of it. For those of us on boards, there may even have been a little too much snow (if such a thing exists) in spots. While the Bravinator woods was narrow and sketchy, the powder in Brambles was so deep snowboards were weighed down with the fluffy stuff.

As the clouds cleared and sunlight beamed through the snowy trees, it was hard not to reflect on the beauty of this place that so many are lucky to call home.

Sunday brought colder temperatures and more crowds, but still plenty of fresh snow to be had. While locals found many familiar faces along the slopes seeking fresh lines, many know the old adage -- "No friends on a powder day.”