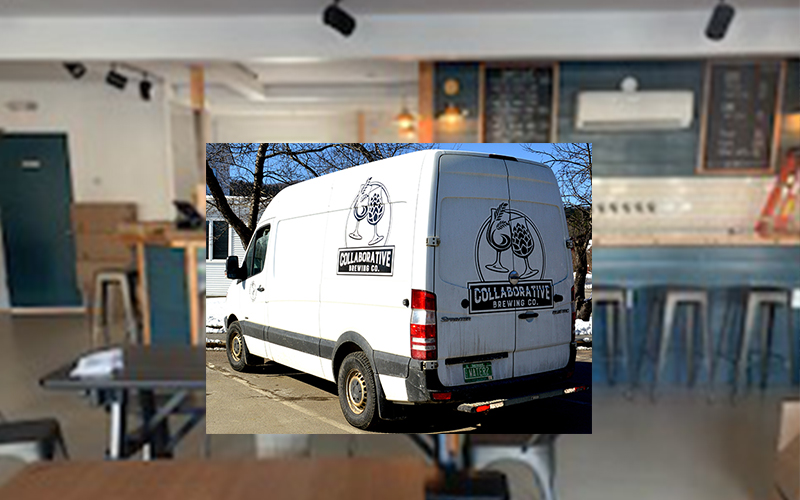 Since December 2019, Collaborative Brewing has served up brews and light fare at its Waitsfield taproom in the Mad River Green Shops. Manchester, VT-based Landlocked Seafood trucked fish, lobster and oysters from Boston and Maine to serve at the taproom, which ceased offering seafood at the end of January. Collaborative Brewing also offered pop-up empanadas recently, as well as local Gracie’s tamales. The taproom had pinball machines and board games, making it a spot to hang out and enjoy a beverage and snack.

Brewer Brett Seymour said the COVID-19 pandemic hit the taproom hard, forcing it to close its doors after less than four months open and turn to takeout. The business reopened to diners and imbibers last spring and closed up shop permanently on February 22, 2022. On its final day, it offered growlers, in addition to individual pours and cans to-go.

“It’s been a struggle,” Seymour said. “No snow and Omicron this winter really hurt us and was the final straw.”

Collaborative’s website said, “It pains us to say we are going out of business. Our last day of operation as a taproom will be February 22. Our beers will still be available [at] various stores and restaurants around the state, so keep an eye out for us! We have such gratitude for everyone who’s helped us make our time here the joy of ride it has been. Thank you!”

Seymour said he’ll be taking the summer off to do some soul-searching and decide if and how he’ll start brewing again. He’s had a few offers for jobs in other breweries but has not yet made a decision about what the future holds for Collaborative Brewing.

Collaborative was one of three craft breweries in The Valley, including Cousin’s Brewing and Lawson’s Finest Liquids. Collaborative Brewing’s beers will continue to be available in local stores and restaurants at least through the spring.