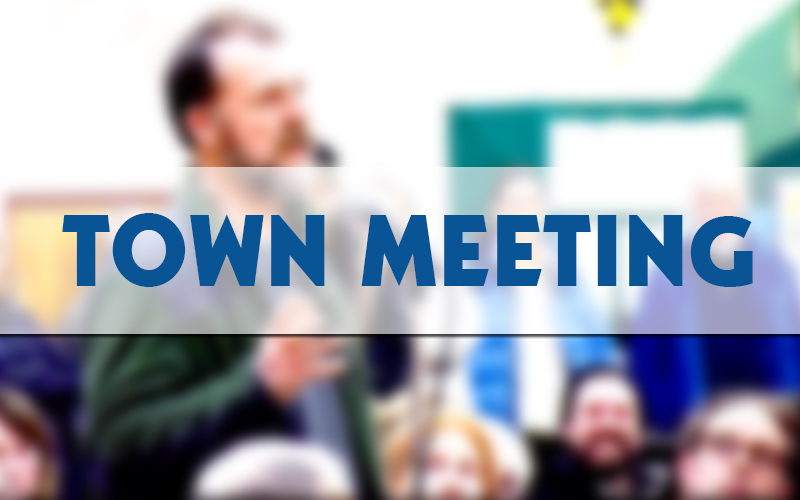 Voters in Warren, Waitsfield, Fayston, Moretown and Waterbury voted to pass the $42.6 million Harwood Unified Union School District budget 1,573-1,065 and all six towns in the district voted to approve a $1.5 million maintenance reserve fund 2,049-574 during Town Meeting 2022 voting on March 1.

Duxbury voters voted 180-165 to reject the Harwood Unified Union School District (HUUSD) budget and approved the reserve fund by a vote of 221 to 120. Fayston voters cast 140 yes votes and 78 no votes for the Harwood budget and 172 yes to 38 no for the reserve fund. In Duxbury, voters returned Cindy Senning to the HUUSD Board and elected no one to the town’s second seat on the school board.

In Waitsfield, voters cast 281 yes votes on the budget and 170 no votes. Voters approved the reserve fund 363 to 94. Waitsfield voters elected Bobbi Rood to the school board with 407 votes.

In Warren, there were two write-in candidates for the school board, Ellen Kucera and Ashley Woods. Woods prevailed with 91 votes over Kucera’s 56 votes. Warren voters passed the school budget 195 to 116 and the reserve fund was approved 263 to 43.

Fayston had no one running for one of its open seats on the school board and elected no one. Fayston voters approved the school budget 140 to 78 and the reserve fund 172-38.

In Waterbury, Victoria Taravella was elected to a three-year seat on the school board and Jacqueline Kelleher, running as a write-in, was elected to the balance of a two-year term on the board. Waterbury voters approved the budget 648 to 422 and passed the maintenance serve fund 853 to 214.

Voters in 18 central Vermont towns cast ballots on creating a new school district to govern the Central Vermont Career Center in Barre, but those votes are being co-mingled and counted as The Valley Reporter goes to press on March 2. Results are expected by the end of the week.

See more town-by-town results in this week’s issue, available at quality locations all over The Valley. Have the Valley Reporter delivered to your door or inbox by subscribing today. SUBSCRIBE