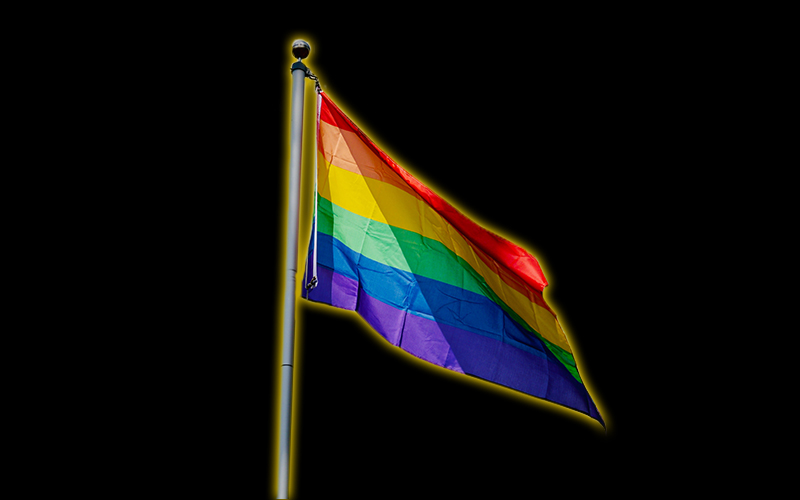 The Harwood Unified Union School District (HUUSD) recently finalized its flag policy requirements for students who want to fly a flag at any of the district schools. A Harwood Union staff member submitted a request on behalf of a group of students to fly the pride flag at Harwood for the remaining days of the 2021-2022 school year. June is LGBTQ+ pride month. The request included a student letter, a letter of support from a faculty advisor, a student survey and a letter of support from Harwood Union co-principals Meg McDonough and Laurie Greenberg.

The student letter submitted with the request detailed multiple instances of LGBTQ+ discrimination and harassment the student had experienced while at Harwood. The student wrote that they did not feel safe, seen, heard and respected at school. “I don’t believe putting up a rainbow flag on the flagpole will magically fix the issues that are happening at this school but I believe it would be a good step in the right direction to finally achieving the goals and mission this district wants to accomplish,” the student wrote. “The first reason why I think putting up the rainbow flag during pride month is a good idea is that it shows that the school recognizes queer students instead of pushing them aside and not really doing anything to actively support them.

Another reason why the flag should be hung up on the flagpole is that it will make queer students feel seen and heard which is in goal 1 of this year's student handbook. I feel like raising the flag is a huge step for this school and would build on the work of queer students and supportive faculty to establish safe spaces for themselves such as GSA [Gender Sexuality Alliance].”

McDonough and Greenberg’s letter stated, “We have been grateful for the student-led work that has occurred this year to consider how we can create a school community where those who identify as part of the LGBTQIA community feel belonging. This work has included consideration of how to ensure equity of access to bathrooms and accurate use of pronouns when a substitute is teaching. Flying the pride flag at Harwood would reflect the continued work of our community to create space where all feel respected.”

The HUUSD Board will review the request at its June 8 meeting and determine whether or not to fly the pride flag at Harwood for the remainder of the school year.