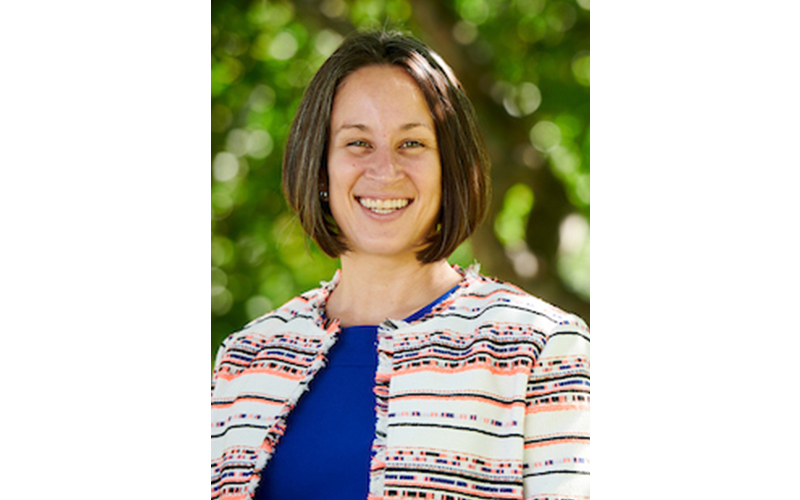 The Valley Reporter has reached out to all Vermont candidates for U.S. Senate and Congress and will continue to interview those who respond in the coming weeks.

Ericka Redic (R) is running for Vermont’s Congressional seat being vacated by Peter Welch as he runs for U.S. Senate. Redic is an accountant and host of the podcast Generally Irritable.

“I just feel like the elected officials we have in Washington right now don’t seem to be really concerned with how the decisions that they make affect the average American and especially the average Vermonter,” she said. “For much of the last 20 years I’ve been working with small businesses and the last eight in my own business working with businesses across sectors. With a $30 trillion and climbing national debt our federal government is spending future generations’ earnings now. I think I have a really good grasp on how to rein that in, get a balanced budget and really encourage responsible spending by the federal government.”

When asked her strategy working with people on the opposing side of an issue, she said, “Find a place where you have common ground first. A lot of times when it comes to politics; ultimately, we all want the same things. If we can at least agree and be honest on what the problem is and the outcome we want, then we can debate how to get there.”

Her top priorities if elected include policies on families, taxes and cost of living and public safety. “One part is going to be restoring justice. We need to make sure that people committing violent crimes are held behind bars and keeping the community safe from those violent individuals. We also need to make sure that even if a drug addict commits a crime, they still need to be held responsible for the crime they commit. It was a big part of how I got and remained sober today (she’s been sober 13 years). Being made accountable for my actions when I was a drug user actually gave me agency over my life again. If I hadn’t been arrested and gotten in trouble for that, I don’t know that I would be alive today.”

In terms of the economy, she said, “We need to restart domestic oil production. We need to make good choices for our economy. We need to make sure we keep the tax cuts from 2017 and provide an environment where people can feel safe to start their own businesses.”

Regarding environmental protections, she said, “I’m really concerned about the renewable energy market. The building of [solar] panels is offshoring our pollution and utilizing rare earth materials that are often in short supply and being mined by child slave labor. The solar panels that are being pushed right now, those are actually made from materials that cannot be recycled and cannot go in a landfill, so it’s toxic waste and we have nowhere to put it. My big push is we have to change our culture so that it’s less consumer based. It doesn’t matter what we do if we don’t address consumption.”

Asked about the housing crisis, she said, “The cost of housing is driven in large part by two factors: one, taxes.” She said her family can’t absorb significant property tax increases and may have to raise rents on the two rental units she and her husband own in Burlington. “The other big problem is the inability to build new buildings in a regulatory environment that disfavors investing in new buildings. We need to deregulate. We need to have massive Act 250 reform and we need to make it easier to build.”

When asked about reproductive rights, she said, “I’m mixed on this topic. Sixty-eight percent of Vermonters feel there should be no restrictions in the first trimester. Twelve weeks is long enough to be able to make a decision. Most people, including myself, believe there should be exceptions for life of the mother.”

Redic lives in Burlington. When asked why rural Vermonters should vote for her, she said, “I grew up in Milton. Across the street was a cornfield and a farm, so I have a really good understanding of what it’s like when you don’t have great internet and you don’t have cellphone service. I’ve talked to a number of farmers who are seeing a lot of the regulations coming down from Montpelier that affect their abilities to run their farms. I have a real respect for Vermonters, for farmers, and for the people who do the work so that us city people can have a good life.

“We need transparency from our elected officials to see what it is that they’re actually doing so that we know whether or not they deserve to stay. That’s a big thing -- restoring transparency to Washington.”