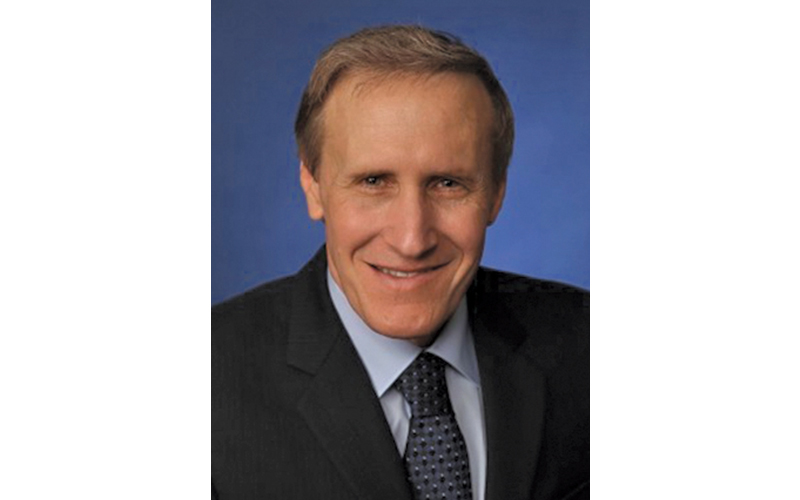 The Valley Reporter has reached out to all Vermont candidates for Congress and the Senate and will continue to interview those who respond in the coming weeks (see pages X and Y for interviews with Becca Balint and Ericka Redic).

Louis Meyers (D), South Burlington, is running for Vermont’s Congressional seat, which Peter Welch is vacating to run for U.S. Senate. Meyers is a physician and interned for Senator Ted Kennedy in Washington.

“I have spent the past 30 years working each day to save lives, or at least help make people's health and lives better,” Meyers wrote in an email. “I see serving in Congress as the opportunity to use that experience and what wisdom I have accrued to perhaps save thousands -- or even millions -- by passing effective, sensible, and helpful legislation. And by working hard at decreasing the anger and vitriol in Washington.

His top priority is health care. “I know where our health care’s strong and I know some significant areas where we need to make some changes,” he said. He would be interested in serving on the energy and commerce committee, education and labor committee or armed services committee if elected.

Regarding housing, he said, “Part of the problem in getting staff here is the housing. Part of the difficulty is getting graduates to stay here. A lot of them can’t afford to stay in Vermont. Part of it is federal, part of it is state, and part of it is very local. The government can do more to keep FHA and HUD housing and get it into the hands of those who need it. One of the big problems now is private equity firms buying up homes and increasing the rents and driving people out, which is really tragic because those people have nowhere to go. It’s a critical problem.”

When asked about infrastructure in Vermont, he said, “Honestly, I’m not an expert in this. I don’t know to what extent the federal government gets involved in those infrastructure issues.”

On the issue of climate change, he said, “It’s complex. There are not going to be any simple answers. It has been a problem since the industrial revolution, a growing problem. Anything that’s been happening for the last 200 years is probably going to be difficult to change overnight. We do want to stress that this is critical. We are making progress; I think people need to hear that. There’s a lot further to go but look at what we’ve done so far. Water, wind, solar … Hydro power, a cheap, totally renewable resource. Nuclear power has to be a part of it.”

When asked about reproductive rights, he said, “I support [it]. If Alito’s draft is what is coming out, I think it’s terrible. It’s going to cost lives. Pregnancy is a risk. And then there’s the concern about privacy, about the government getting involved not only in a medical decision between a physician and a patient, which opens a slippery slope, but so many freedoms we thought we had. This is a very scary time.”

He wrote in a follow-up email, “I am very aware that abortions are sometimes necessary, but almost never happy events, and they can leave long emotional scars. Our true goal should be to reduce unwanted pregnancies, and the truth is that is happening. Teen pregnancies have decreased by 50% in the past 25 years, and especially among minority groups. This is astounding progress, and we need to continue on this path.

“If you look at the data [universal pre-K] would be helpful. My generation, the majority of our mothers were home, so there was someone there with us all the time. This generation doesn’t necessarily have that. If we don’t have the family members there, then pre-K seems to be a very good approach. Paid family leave -- I’ve definitely evolved on that. Because I had a small practice with just several employees, had I had to pay out of pocket for let’s say 12 weeks of paid leave for one of my employees and hire someone to take her position, it would have been tremendously difficult. I think a short-term paid leave, from anywhere from four to six weeks, paid through the disability or employee tax, we probably need to do it. We’re an outlier in the western world, and it is affecting families.

“In terms of gun control I would call for renewing the 1994 ban on assault rifles. These are not weapons that should be on the street. Age limits for who can buy a gun, red flag laws, permits for all gun sales. Let’s put a five-year mandatory minimum for any crime that’s committed with a gun.

“I think because I’m a moderate Democrat, I like to say realistic Democrat, I’m not going in with Medicare for All or free college for everyone. I’m not going in with these unworkable plans. As I near what feels like the end of my medical career, I would like to be involved and continue to make a difference … I thought this would be a good time to try.”