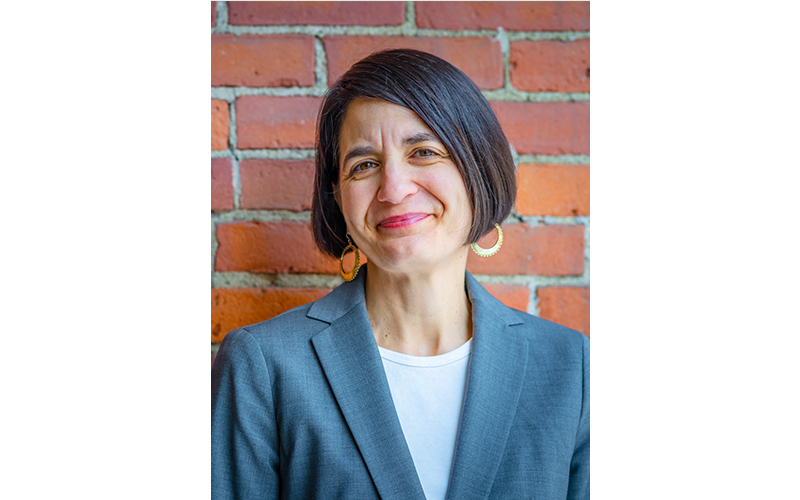 Becca Balint, Brattleboro, is running for the seat in congress that Peter Welch will vacate as he runs for the state’s open senate seat. Balint has served in the Vermont senate for eight years and has been the Senate Pro Tempore since January 2021. She is a former middle school history teacher.

“Why I’m running at this moment is because of the crisis we’re in as a democracy right now,” Balint said. “I was sworn in as President Pro Tem on the day of the insurrection [January 6, 2021]. It was really sobering. I never thought we’d be at this place in our country. This feels like the fight of our lives. I care deeply about voting rights and protecting reproductive rights . . . I do think we’re seeing really alarming behavior within congress from some members who don’t actually believe in democracy. We all have to do our part right now in order to keep our democracy. I do think we have a responsibility as Vermonters to continue to engage at the local level and remind people that government can be a partner in solving problems.

“I’m the only one in the race right now who has legislative experience. I’m the only one that has passed laws that directly positively impact the rights of Vermonters. Any progressive democratic legislation that has passed in eight years I’ve had a part in passing it. I think experience is important. I’ve been tested over and over again about votes that I’ve taken. Everybody can see where I am on all of these issues because there is a record. We just don’t have that with any of the other candidates. I want people to know what they’re getting and they can know with me.”

Balint is Vermont’s first female and openly gay senator to serve as President Pro Tem. “When I first was sworn in as state senator I served alongside people who voted against my right to marry my spouse,” she said. “I still had to sit down and do budgeting with them, and pass laws because that’s what my constituents sent me there to do. I didn’t let that get in the way of doing the work. I will honestly work with anyone.”

Her top priorities if elected include climate change and voting rights. She added, “The top issue for most Vermonters right now is the housing crisis. That is across the state in every community. I feel like we need federal investments in infrastructure for towns that don’t have the money for water and sewer to be able to build housing.” She also noted her support for Medicare for all.

“We need more technical assistance going to small towns around mitigating climate change and figuring out how they can transition off of fossil fuels,” she said. She also talked about the need for more regenerative farming practices and a carbon tax.

When asked about how she would address infrastructure and housing, she talked about a mini-tax increment financing (TIF) program, incentivizing accessory dwelling units (ADUs) and providing more block grants to encourage ADUs and rental units.

She said the cost of living in this state and inflation is taking its toll on Vermonters. “I have passed many bills into law here in Vermont to support working families, from minimum wage increases to child care investments. We also passed paid family leave several times; the governor vetoed it . . . Families are really struggling right now.

“One thing I want folks to understand about me is that my experience as a teacher and as a parent that’s really shaped the way I do my work in the Legislature. I always have the experience of rural families in my mind when I am doing my work in the Legislature. I feel like I have a good sense of the supports that families need in order to make it work financially. I have also been through a lot of the same struggles when I was trying to find child care.

“I’ve done a lot in Vermont” on gun violence, she said. “Under my leadership we passed the first gun safety measures in Vermont. People have had enough. This isn’t the price of freedom, to watch our children get slaughtered.”

She also added that she’s done considerable work on clean water and the environment in her time in the state senate.

“As we know we have to build more housing, people also want to know that they’re going to have beautiful places to be. It’s a value that I share. I just love this state, it would be the honor of my life to represent it in DC.”