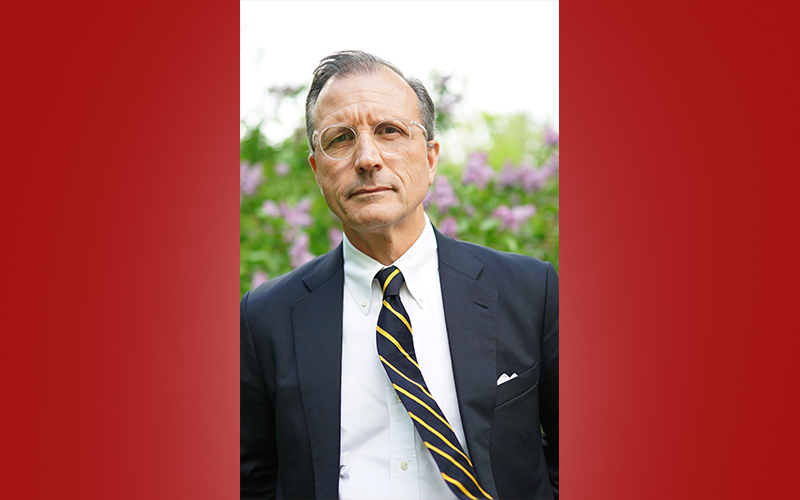 The Valley Reporter has reached out to all Vermont candidates for U.S. Senate and Congress and will continue to interview those who respond in the coming weeks.

Myers Mermel (R), Manchester, is running for the U.S. Senate seat held by Patrick Leahy for 48 years. “I’m running for Senate because I want to build the Vermont economy and liberate Vermont from liberal policies which have held us back,” Mermel said. “I think the number one issue at this time is the economy and the second most important issue is crime. I’ve spent 35 years in banking and finance and I understand the economy very well.

“What I’d like to do is pursue a six-point plan, which would include cutting wasteful federal spending, cutting taxes, deregulating businesses and abolishing price controls on meat and chicken, for instance. In an environmentally sensitive way, reopening drilling so that we could provide fossil fuels to heat our homes. Also, to allow the federal reserve to raise rates slowly and to sell assets from its balance sheet. Lastly, I would seek the resignation or termination of Janet Yellen, the Secretary of Treasury . . . Because she bowed to political pressure not to raise rates, it’s become a very dire economic situation.”

On housing, he said, “It’s an area I have a lot of expertise given my real estate background. The state has committed about $240 million over the past year and a half . . . We have a need for 6,000 units. We’re only providing 600, at an exorbitant cost. I think it needs real review and accountability of where this money is going. To address affordable housing, we need to build 6,000 units at heavy discounts to AMI, which will mean subsidies and the federal government can provide those subsidies.

“The most pressing infrastructure issue is broadband. Poor broadband hurts individuals, students, businesses and hurts our efforts to recruit new people to come to this state . . . Through the ARPA [American Rescue Plan Act] funds the Vermont government received, [it] is using $550 million to dig ditches to every home in Vermont. While that’s certainly not environmentally sensitive, it’s also a massive fiscal mistake. What Vermont is doing by installing fiber is pursuing an obsolete technology. What I’m proposing is to make a deal immediately with Starlink or with Kuiper to use this $550 million to actually provide immediate service . . . I think if we just think more prudently and wisely about how we spend our money, we can make it go a lot further.”

On climate change, he said, “This is a huge issue for Vermont and for the country. We’re trying to do our very best to limit greenhouse gas emissions and help the environment, but I think we’re missing a major piece of it, which is China and India. China is the largest greenhouse emitter of all developed countries combined. This recent effort to remove home heating fuel burners I think is too severe. I think we’re fooling ourselves to think our small incremental changes are going to make a difference. It can’t be solved at the local level alone. We need to look at global solutions if we’re really serious about combatting climate.”

Asked about Universal Pre-K, he said, “I haven’t seen any real studies on Universal Pre-K in Vermont to show how many families need it. How much would it cost? Who are the providers -- are they public, private or religious? I think the idea of Universal Pre-K is a good idea, but I think we need to understand what the costs are.”

Regarding paid family and medical leave, Mermel said, “That’s another issue of affordability and I don’t have any idea what that costs. That would be a nice benefit to have. Who’s going to pay for it? If it’s going to end up hurting workers rather than helping them, I don’t think that’s a wise move.”

He said he’s concerned about the amount of money federal representatives have brought back to Vermont. He wants to be on the appropriations committee if elected.

Myers wants to impose a hospitality tax on out-of-state skiers/snowboarders to fund free lift tickets for Vermonters. “Our own people are being priced out of their own resorts. I think this hospitality tax will offset that and allow Vermonters to access the mountains. It will [help] the independent ski resorts that Vermonters love.

“I’m the son of a farm family. I understand farming. I am a conservative. I am pro-God, pro-gun and pro-country. I will place the economy first and I will also solve the crime problem. We obviously want to maintain the environment within The Valley to be as pristine and as beautiful as possible, and I will make all efforts to do that both at a local and international level.”