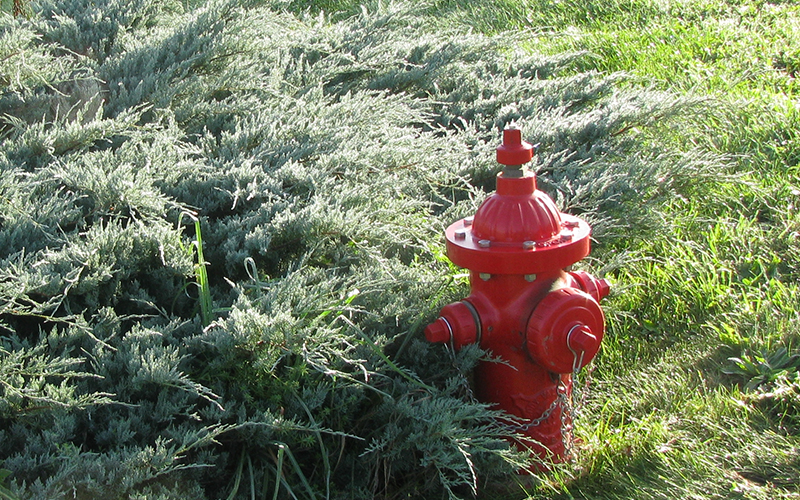 Waitsfield’s municipal water system celebrates a decade of service to the community with lower rates than when it came online, and a solid financial picture.

That was the word from Waitsfield Water Commission chair Robin Morris who updated the Waitsfield Select Board on July 11 with a report on the first decade of the system’s performance.

He told the select board that there are 130 connections to the water system, serving 250 businesses, dwellings and municipal organizations, 28 hydrants for fire protection and that the system provides non-chlorinated water 51 weeks of the year –unless the state requires that the system be shocked.

“The user fees fund 100% of the water system’s debt service, operations and maintenance and annual deposits to the reserve accounts,” Morris reported.

The water system was constructed over several years after town voters approved the project in 2008. It was funded via state and federal grants and loans and came on line in September 2012. It cost approximately $8 million.

Water for the system comes from a well on Reed Road that produces 186 gallons a minute. The water is stored in a 400,000-gallon tank on Bushnell Road and the elevation of that tank provides adequate pressure for the current system users and the fire hydrants.

“We’ve delivered 15.75 million gallons of water in the last 12 months,” Morris reported which is only 16.21% of the capacity of the system.

“We could be supplying six times the amount of water if there was a demand for it. If the town wanted to provide water outside the current distribution area it would require a pump station,” he explained.

“My question for the select board is how can we celebrate the 10-year anniversary? It shows that we can do infrastructure. The town has successfully run a water system for the last 10 years and we should celebrate 10 years of town water. It deserves a celebration,” Morris said in an interview after the select board hearing, noting that the only issue was a water main break that occurred when a contractor was given incorrect information about the location of infrastructure.

In terms of growth in the numbers of users, user costs and financial stability, Morris said the number of equivalent residential units (ERUs) had grown 50% to 305 ERUs since the system started. The increased number of users has allowed the water commission to reduce connection fees from $840 to $589, including a 6% reduction that went out with this month’s July 1 bills.

Morris noted that there are approximately 105 more ERUs to be had in the Waitsfield/Irasville service area and said that nearly every property in the service area as a stopcock connection off the main line.

“That means it would be a lot less expensive for those businesses to connect,” he said.

The well serving the water system and the storage tank have the capacity to provide water for 1,925 ERUs meaning there is an enormous potential for growth in the system, Morris said.

“There are a lot more houses in the potential service area we could connect to if we had extensions.  With our gravity fed system the water can only rise so high. If we could get across the river, we could provide water for all of Bridge Street. There are lots more houses on Old County Road that could connect and along Route 100 to the south,” he added.

The budget for the water system is independent of the town budget and the water commission must have two users of the system on it to ensure that users’ interests are protected. The water system operates with a budget of $209,196 annually and that includes debt service of $132,996, operating expenses of $50,000, an asset replacement reserve contribution of $21,200 and an emergency reserve contribution of $5,000.

“The goal is to keep user rates to a minimum while achieving a balanced budget or a surplus. If we have a surplus we pay off a bit of the debt service on the 40-year loan,” Morris explained.

“Most water systems can expect 50-70 years of performance so you have to have a reserve. Most towns don’t do this. That’s a good thing about the water commission being independent of the town budget,” he pointed out.

“The water system is a real success story for the town. Ten years after it came on line, we have an abundant amount of extremely high-quality water to meet our needs for the foreseeable future, declining rates, and the ability to set aside funds for future maintenance and upgrades,” select board member Brian Shupe commented.

“In addition, we now have enhanced fire protection from the system,” he added.