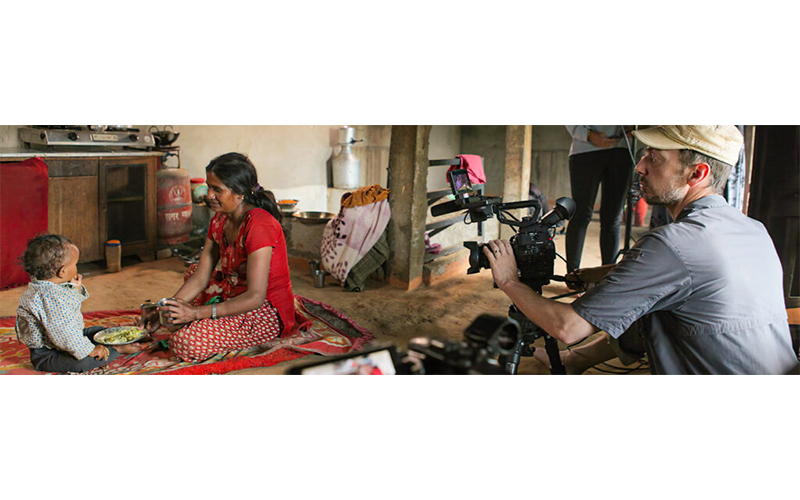 Global Health Media’s team filmed in Kenya and Sri Lanka this spring – their first film shoots since the pandemic started. They are working on a series of more than 30 short videos on chronic disease, focusing on diabetes.

Diabetes is increasingly common here in the U.S. but it’s surging in developing countries. More than 75% of the half billion people with diabetes in the world live in low- and middle-income countries.

Marginalized, underserved populations — especially in developing countries — are impacted disproportionately by diabetes and its complications. The video series targets this audience and their providers.

Over the last two years, GHMP has been working on a series of family planning and reproductive health videos. The 63 videos were released this year and are being used throughout the world. Their wide reach is evident by some of the African countries where they are being narrated: Ethiopia (Amharic), Somalia (Somali), Cameroon (Bafut), DR Congo (Uruund), Mali (Bambara), and Ghana (Ewe).

As of today, GHMP has produced 215 unique teaching films on maternal and child health topics that are used by more than 7,000 organizations, teaching institutions, UN groups, and Ministries of Health worldwide. Global Health Media has 2.2 million YouTube subscribers and their channel is on track to reach one billion views at this time next year (now at 825 million).

Generous support from friends and neighbors in the Mad River Valley has been a big factor in the continued success of GHMP. Due to this sustained support, GHMP is reaching more people around the world with new videos and more languages, helping to improve health care and save lives.