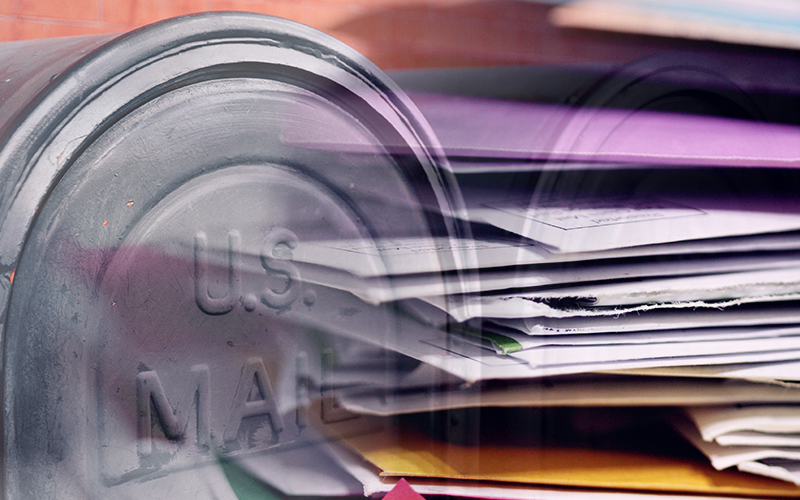 Warren resident Valerie Bigelow’s September 14 Front Porch Forum post titled “Wondering where your mail is?” elicited many passionate responses about local mail delivery delays. Her post said, “If you live in the town of Warren and have been wondering where your mail is, well it is at the post office. Due to lack of staff, basically there is only one very nice clerk running the place, mail will not be delivered till further notice. They have no postmaster; yes, they are trying to hire one. They are not allowed, not sure why, to notify us. So, if you want your mail, you need to get to the post office, and I think they are closing at 2:30 now.”

The Valley Reporter reached out to Stephen Doherty, USPS spokesperson for the northeast region by phone and email, seeking clarification on the lack of mail delivery in Warren as well as episodic delivery issues in Waitsfield and Moretown.

Doherty, in a September 22 reply, explained that the issue had to do with labor shortages.

“Due to the incredible flexibility and dedication of our workforce, we're typically able to move personnel from a neighboring community to fill a short-term vacancy. This happens often in cases where an employee may be out sick or when someone retires or gets promoted and there's a short cycle of time required to post, interview and fill the job. Currently, we're facing the same dilemma as every other business in the state, low unemployment (which we acknowledge is a good thing) is hampering our hiring efforts. When several stations in the same area are trying to hire at the same time, our flexibility to move resources is reduced. We did have such a situation in Warren, VT, but a new postmaster just started there this week and I'm told that the office is quickly returning to a normal delivery status. As always, we thank our customers for their continued patronage and for their patience when these types of interruptions occur.”

Warren residents report they are again receiving mail delivered to their mailboxes and that regular hours have returned at the post office. Doherty provided no information about the new Warren postmaster. A call to the post office was answered by Whitney Perry. Doherty in a subsequent email noted that Perry is an interim postmaster.

“The current postmaster has been placed in the position on an interim basis while the application and search process for a new permanent postmaster is underway. Once that process is complete, I'll be sending out a release to introduce him or her to the community,” Doherty wrote.

As of September 22, Bigelow reported, “We are getting mail delivery now. Looks like things have improved much since my first post. We just got a package delivery yesterday. I just posted cause it did not seem like it was widely known that there were issues at the post office, figured there might be some folks waiting for important mail. Originally, I just thought it was just for Lincoln Gap, speaking to my neighbors. Glad to see that they have seemed to resolve the issues.”

The Valley Reporter reached out to other Front Porch Forum posters as well as local businesses to ask how mail delivery delays have impacted them.

“I use USPS all the time. It’s been a mixed bag. Sometimes slow and other times normal. No impact on business,” said Silver Trout, Waitsfield, owner Stu Hayden.

“Sometimes the mail has been a day late coming in but we haven’t experienced mail going out a problem!” said Clearwater Sports, Waitsfield, owner Barry Bender. “We ship skis, clothes and gear all over the U.S. and into Canada and people seem to be mostly receiving their orders with minimal delays -- Canada just takes longer anyhow because of customs. Our postal workers are rock stars here in The Valley. I think the companies that are shipping have been way late receiving and sending their goods out -- -I think if people would think locally and buy locally people might not be as stressed!”

“I have not been negatively impacted by the post office delays. I rely heavily on the post office to mail to my customers out of The Valley. It is still the fastest and cheapest way to send my orders out. I am at the post office almost every day,” said Bridget LaMell, owner of Reign Vermont, Waitsfield. “I do my best to stay ahead on the ordering of my raw material. This way if there is a delay, I still have material to work with. Our local post office employees are rock stars in my book.”

“We’re not worried yet, the only impact would be if people in Warren didn’t get passes by the time we open,” Bleh said.

Greg Popa, spokesperson for the Burlington Area Newspaper Group, which represents seven weekly newspapers, including The Valley Reporter and Stowe Reporter, said that most of the complaints he’d heard were about delayed delivery in Stowe where the weekly paper was being delivered to the Stowe post office on Thursday and subscribers weren’t receiving it until Monday. Subscribers of The Valley Reporter reported similar issues in recent weeks with delayed delivery of the newspaper.