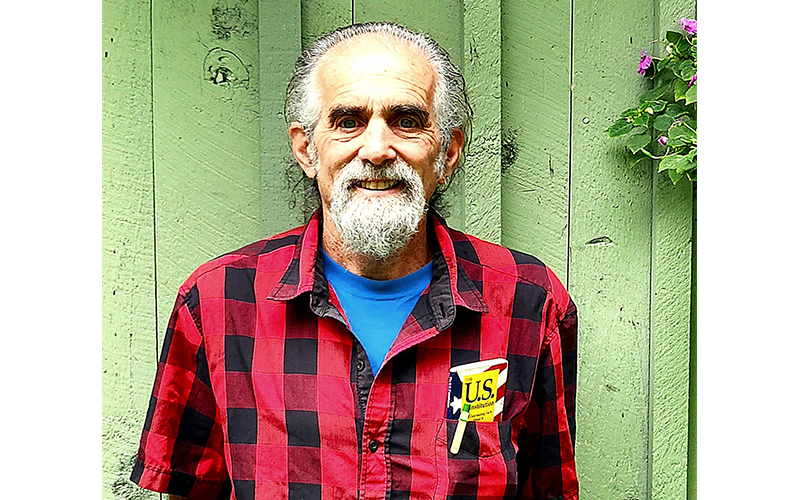 Mason Wade III, Rochester, is running for election to represent Addison County in the State Senate. There are 27 towns in that senate district, including Granville, Hancock, Rochester, Huntington and Buel's Gore - among others.

Wade is running as an independent. His primary campaign concern is term limits along with the health of Vermont's democracy.

"My number one issue is the well-being of our local democracy. I'll push for two-term limits on the State Senate and House. This is protecting your opportunity to serve Addison County. There are27 towns, and over 40,000 folks in this district. We just don't need career politicians holding more than two terms, this is a people's democracy! If the Addison voters re-elect me for a second term, in my final year I'll will include many workshops for Addison voters to feel and act on their power to run for office," Wade said.

He said he is concerned about democracy ailing.

"What I'm I talking about regarding ailing - we all understand that knowing our past is what moves all of us forward. Look at how our retiring secretary of state did a great job on protecting your right to vote, a month-early ballot mailed to you, but did he promote your right to run for an elected office. Is the state protecting independent candidates; statewide equal access to debates?

This is Wade's fourth campaign. Before Rochester was added to the Addison Senate District, Wade ran twice for a Windsor County seat in the State Senate and once ran for a seat in the state House of Representatives. He served for three years on the Rochester School Board.

"I've been able to know many Independent candidates over these years. For example, remember Mr. Laramie ran for governor against our current governor and was removed from the Paramount theater in Rutland for not being a party candidate. The Vermont media is failing Vermonters then and now. Addison County voters can make history by voting in an Independent candidate. You will be voting for two senators, first vote Independent, then vote a party or a no-vote on the parties," Wade said.

"For those who hold these elected offices, in my opinion, need to be held responsible to make sure that Addison has at least five debates for the State Senate race. We have only had one public forum, September 22 Addison County farm bureau, please watch www.mediafactory.org/live -- not good enough for a healthy local democracy," the candidate said.

Wade said he's been an entrepreneur in Vermont and has an "experienced agricultural background."

"Around 25 years ago, I created the first certified seal of quality for the state of Vermont for an organic gourmet seasonal salad mix, and since then, I’ve been doing landscape design for clients," he added.