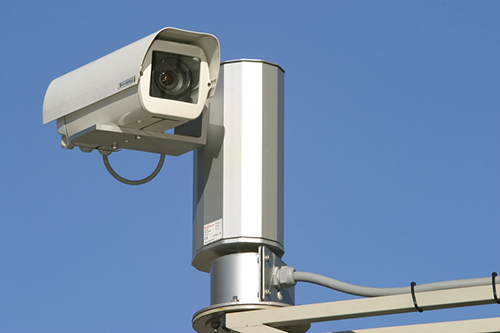 While a majority of the Harwood Union School Board favors 24/7 video surveillance inside the school, the Harwood community is divided over whether it is a good idea.

The Harwood Union School Board heard from parents, students, community members and the Vermont ACLU at its meeting on October 16 when public input was taken on the proposed surveillance plan.

At its September meeting, the board voted 18-6 (board members' votes are weighted; one member, David Goodman, Waterbury, voted against 24/7 surveillance) to have the cameras on 24/7 in the public areas of the school.

This summer the board installed eight cameras throughout the school and, until a policy was created, decided to have them on only during afterschool hours. This spring the school suffered $100,000 in flooding and water damage when vandals broke into the school and flooded it. No one has been identified in that crime. This fall vandals broke into a school shed and stole archery equipment and shot into a nearby home. The perpetrators were identified and arrested by the police.

At the October 16 meeting, Warren parent Rosemarie White spoke in favor of the cameras being on all the time saying, "I think the cameras are a good idea." Waitsfield resident, parent and school board chair Rob Williams disagreed. "Running the surveillance cameras during the day is an invasion of privacy and I am strongly opposed," he said.

Waitsfield parent Anne Bordonaro, in a letter that was read into the record, said that her perception was that the school is going increasingly into "lockdown" mode and creating an environment where students, staff and community members are treated with distrust.

"I think that single most important deterrent to inappropriate behavior is a swift and fair (evenhanded) response to it, regardless of who the students (or perpetrators) are. A sense of double-standards for behavior depending on students' backgrounds will undermine climate more than anything, and there were questions about this last year. Cameras will help identity perpetrators but the single most important identifier will be other students themselves. I am troubled by the fact that no one has been found responsible for the water vandalism. I'm sure at least one student or community member knows something, and if no one is coming forward, then trust in the school staff is clearly not uniform among the school and/or community. This should be of concern, more than 'technical' solutions like cameras," Bordonaro wrote in her letter.

Allen Gilbert, director of the Vermont ACLU, spoke in favor of having the inside cameras operational only after and before school hours. Gilbert said that the rationale of installing cameras in light of vandalism makes sense but said recording children in their classes was unnecessary.

"They're really telling the students that that's the kind of society they're going to live in, to forget about not being watched. You're going to be watched all the time," Gilbert said.

Board chair Chris Koliba said that students would get used to it and it was the board's job to make sure the system was used properly.

The school board will make its final decision on November 20 and public comment will be accepted until then.