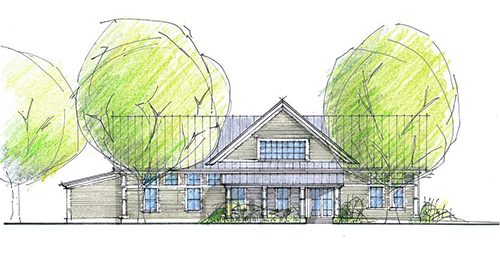 Waitsfield voters approved a bond vote to build new town offices at the Farm Stand site by a vote of 342-142 (71 percent to 29 percent) in an October 22 election.

This is the second time voters have cast ballots on the exact same item, which calls for borrowing up to $650,000 to build new town offices. The town's voters approved the same article on July 30 by a vote of 309 yes and 209 no.

Last month Waitsfield was offered and accepted a gift of $100,000 to purchase the land for the town offices. The board reviewed the offer of the anonymous donation at its September 23 meeting and voted unanimously to accept it. The terms of the anonymous gift require that the money be used to buy the Farm Stand parcel and that the town must retain ownership of the parcel for at least 10 years.

With the bond vote reaffirmed, the town will continue its work to meet the terms of the Community Development Block Grant, including environmental studies. Because of the petition for reconsideration, the town already had to request an extension on completing that work. The town had until October 15 to meet the terms of the agreement, but the bond vote reconsideration could not be scheduled until October 22.

At Town Meeting, the town had not yet applied for or received the grant. After that no vote, the Town Office Task Force and select board pared down the project. The town applied for the grant for both the Farm Stand site and also to rehabilitate the former Methodist Church in Waitsfield Village. The grant application was due in April and in May the town received word that the grant would be awarded for the Farm Stand site.

Between Town Meeting and the awarding of the grant, the town also received a petition asking for a two-part vote on the town office question. That vote would asked voters to vote yes or no on building new town offices in Waitsfield Village and then, if they choose yes, cast a ballot for either the Farm Stand site or the Methodist Church. Ultimately, at the advice of counsel, the town did not bring that vote forward because of the legal, logistical and statistical issues of asking for a yes or no vote, followed by "if yes, then A or B" vote.