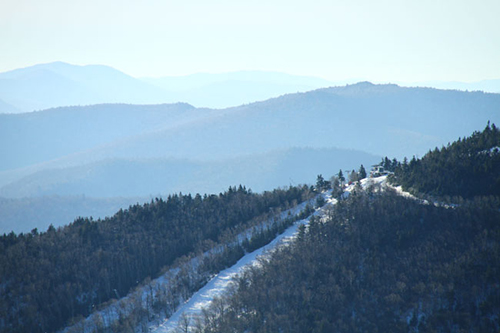 Sugarbush president Win Smith said the USFS application was "preliminary" and that he was not sure when the lift would be replaced.

"The permitting could take a year or two between the forest service and Act 250, so we wanted to get started. It could be done next year or in three years from now," Smith said.

He said replacing the chairlift is approximately a $2 million capital expenditure. When the resort does replace the lift, the upper terminal will be a little lower which will reduce a current bottle neck when skiers coming along the traverse to Upper Snowball cross under the existing lift.

The present lift would be removed from the site as well as terminals, towers, operator shacks, wire rope and tower foundations. Concrete tower foundations would be removed to at least below grade level and covered with fill. The removal would begin shortly after the end of the ski season in April or early May. Blasting is anticipated for the new unload area and the Valley House Traverse ski trail reconstruction. Some trees would be removed along the lift corridor (The Mall ski trail). These trees would be flush cut, no stump pulling, and left on site, pulled back from trail edge. Tree removal for the trail reconstruction would occur before May 1 or after August 1. Clearing, blasting and grading for the new lift components and trail reconstruction would occur late spring through October.