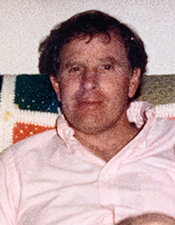 Born in Norwalk, Connecticut, Ralph was the oldest of five siblings. In his youth his family moved to St. Petersburg, Florida, returning to Connecticut for his last year of high school, where he graduated from Norwalk High School. Ralph grew up hunting and riding his horses. He was an excellent athlete, excelling at gymnastics, horseback riding, water skiing, alpine skiing, and at the age of 53 he learned how to snowboard with his children.

After high school he joined the Army and was stationed in Okinawa during the Vietnam war. After leaving the Army he went to college on the GI Bill, graduating from the University of New Haven with a degree in computer science.

Ralph made his career in aviation, starting out as a corporate pilot in the late 1970s before transitioning into the commercial sector. He flew for Saudi Arabian Airlines in the early 1980s.

In 1985, Ralph returned to the United States with his family, settling in Wilton, Connecticut. He flew for United Airlines for the remainder of his career, retiring in 2001 as a 747 captain.

His favorite places were his land and home in Poultney, Vermont, his home in Wilton, Connecticut, that he built with his wife and where he raised his two children, Block Island, Rhode Island, and the Mad River Valley.

Ralph married Barbara Wichmann in September of 1977. Ralph was a family man. He loved to take his family skiing and snowboarding, water skiing, and hunting. He loved auction houses and shopping for antiques.

Ralph always expected the best of his family and gave them his best. A celebration of life is planned for next summer.