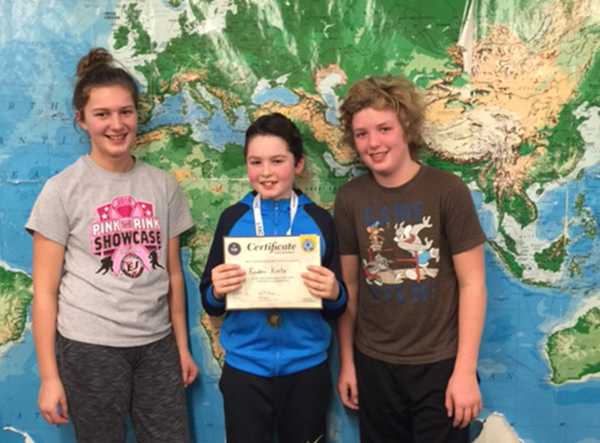 At the school bees this year, students had to answer questions like these:

The North Platte and South Platte Rivers meet in which state – New Mexico or Nebraska?
Nebraska.

Which landmark in Washington, DC, was burned by the British in 1814 – the Washington Monument or the White House?
White House.

Sea otters sometimes wrap themselves in kelp when resting to keep from drifting away. Sea otters can be found near eastern Russia in the Sea of Okhotsk in which ocean?
Pacific Ocean.

The island of Mauritius [maw-RISH-uhs] in the Indian Ocean has multicolored sand dunes. It’s weird, but it’s true! Mauritius lies off the southeast coast of which continent that includes the Kalahari Desert?
Africa.

What is the term for an underground layer of rock that holds groundwater – an arroyo or an aquifer?
Aquifer.

Kretz is the son of Amy Kretz and Matthew “Chicky” Staples.