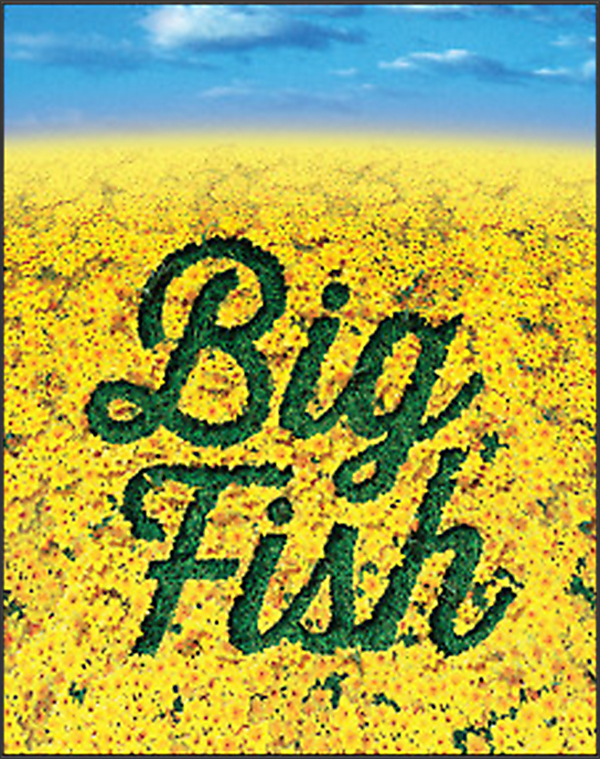 Harwood Union High School presents its spring musical, Big Fish with music by Andrew Lippa. Based on the novel by Daniel Wallace and the acclaimed film directed by Tim Burton, Big Fish centers on Edward Bloom, a traveling salesman who lives life to its fullest ... and then some! Edward’s incredible, larger-than-life stories thrill everyone around him – most of all, his wife, Sandra. But their son, Will, about to have a child of his own, is determined to find out the truth behind his father’s epic tales.

Overflowing with heart, humor and stagecraft, Big Fish is an experience that’s richer, funnier and larger than life. Witches, giants and mermaids are only some of the characters that will grace the stage in this show.

The show features performances from senior Matthew Skelly as Edward Bloom, senior Colin Holter as Will, junior Julia Loewer as Sandra and senior Kathryn Pilliod as Josephine. Newcomers, senior Chun Tao Lin as Karl the Giant, senior Robert Osler as Amos, freshman Emma Greenwood as the Witch, senior Maya Garret as Jenny Hill and Thatcher Brook Primary School first-grader Lily Weigand as young Will, round out the cast, as well as a dancing and singing ensemble of 35 Harwood students.

Performances will be Thursday and Friday, April 6 and 7, at 7:30 p.m. and Saturday, April 8, at 1:30 and 7:30 p.m. The 1:30 p.m. show will feature a special orchestra introduction by conductor Chris Rivers and all kids attending will be invited up on stage to meet the cast after the show.

Tickets are available at the door.