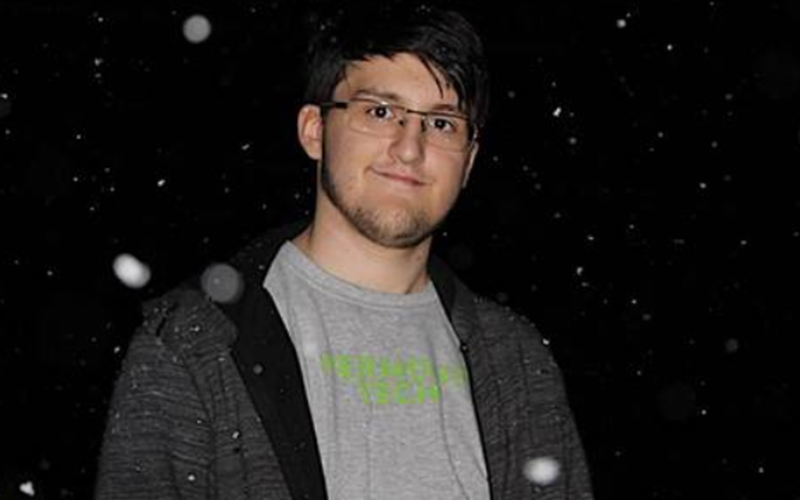 Unlike most Harwood seniors, Colby Surprenant has already started summer vacation. His early college program at Vermont Technical College (VTC) wrapped up in mid-May. As an early college student, Surprenant was able to finish his final year of high school while getting a head start on his college degree.

“I applied and was accepted to the Vermont Academy of Science and Technology (VAST) for this school year at Vermont Technical College in Randolph. I was actively living on the college campus and taking part of college classes with a major in renewable energy,” he explained.

Surprenant’s interest in this work stemmed from a technology course he took while at Harwood.

“My favorite class I took at Harwood would have to be introduction to engineering design as it was the class that helped me decide what field of work I would want to do once out of high school. It also offered college credits, which was pretty nice,” he said.

During quarantine, Surprenant has been busy working at Aubuchon Hardware in Waterbury, where he has been an employee for nearly two years.

If he could give one piece of advice to underclassmen, Surprenant would encourage them to find a valuable lesson in every class they take.

"Throughout my first year of college at VTC, there were multiple different things that I originally learned from my junior, sophomore and even my freshman year at Harwood that I had to use. There is still a lot that I haven’t had the need to use, but it’s very handy to hold on to something as you never know if you’ll need it in the future.”

Now that he has completed his senior year of high school and his first year of college, Surprenant is grateful to the educators who made it possible.

“I would thank each and every teacher who has gotten me to where I am today. Never would I have thought of being a VAST graduate and leaving high school with a full year’s worth of college already completed,” he said.

Although he is not sure what his dream job is, Surprenant is interested in working with the innovation of hydrogen technology.

“Hydrogen technology is what’s fascinated me the most. I mean, how can the idea of cars powered by water not sound amazing?” he said.

Next year, Surprenant plans to keep pursuing his current major at VTC and hopes to continue working at Aubuchon Hardware.